Founded in 2010, the Lucky Fin Project has become a beacon of support for families across the globe looking for resources and assurance when raising children with limb differences.

A family run charity from Michigan, The Lucky Fin Project came to life when Molly Stapleman gave birth to a beautiful girl with a limb difference on her right hand. A worried mother who knew nothing about limb differences prior to the birth of her daughter, Molly felt marginalized and lost at the lack of information and resources available back in 2007. With millions of questions circulating about the health and wellbeing of their newborn child, the Stapleman family set out on a journey of discovery and vowed to share it with the world so no family needed to feel the vulnerability and isolation they felt when Ryan was born.

You need to be your child’s voice until they find their own. Here at Lucky Fin Project, we work with parents to ensure they are confident and reassured that their children can achieve whatever they set their minds too. 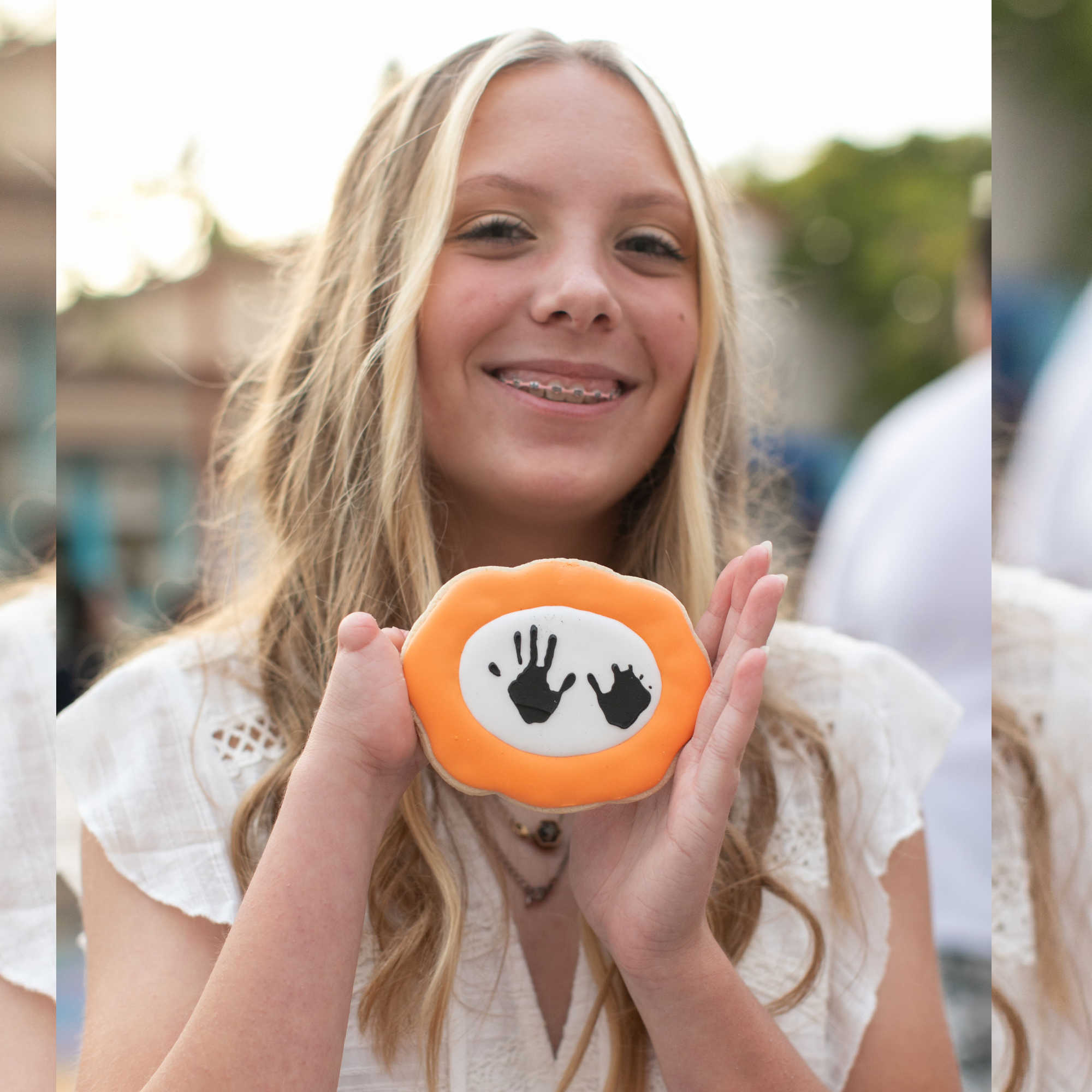 The thriving charity is now raising awareness for children with limb differences around the globe. With over 63,000 followers on Facebook (Instagram has 72.9K), educational materials available in hospitals across the country, and a string of celebrities supporting the cause, the Lucky Fin Project has become the voice for the community and a safe place for discussions to take place about limb differences. We asked Molly what the purpose of the charity was and without a second to think she answered “You need to be your child’s voice until they find their own. Here at Lucky Fin Project, we work with parents to ensure they are confident and reassured that their children can achieve whatever they set their minds to.”

While most discussions in the limb difference community echo a sense of celebration and reassurance, in 2020, families of limb different children were angered and voices joined like never before to stand against misrepresentation. This came in the wake of Warner Bros’ newly acclaimed movie featuring America’s sweetheart Anne Hathaway, ‘The Witches’. In the movie “split hand” or medically known as Ectrodactyly was depicted as something evil and scary. The depiction of the limb difference was played by none other than Anne Hathaway’s character, which broke hearts across the globe for such a distasteful and offensive oversight.

A child being born with a limb difference is not tragic. It’s extremely important to show our children how capable & wonderfully made they are. If we treat them as flawed or limited, that is who they will believe themselves to be – and that would be the tragedy. – Molly Stapelman, founder of the Lucky Fin Project

Shortly after the movie was released, #NotAWitch movement swept the nation, educating and showcasing the personalities, talents, and achievements of people living with limb differences, emblazoned on their hands #NotAWitch.

The Lucky Fin Project summed up what the limb difference community was feeling:  “A child being born with a limb difference is not tragic. It’s extremely important to show our children how capable & wonderfully made they are. If we treat them as flawed or limited, that is who they will believe themselves to be – and that would be the tragedy.” – Molly Stapelman, founder of the Lucky Fin Project.

While Warner Bros and Anne Hathway issued official apologies to the community and worked with the Lucky Fin Project to help raise awareness of the stigmas that still surround the community, the movie has not been re-edited.

Coming together in time of need is what makes the Lucky Fin Project such a special place. Comments flood social media anytime a parent raises a concern or needs advice. Before COVID, every year the charity hosted a weekend long event and in some years welcomed over 800 people. The fun-packed family weekend offered an opportunity for families who have someone with a hand or upper-limb difference to get together to share stories, celebrate achievements, and create life-long memories. The weekends include family-friendly activities, special guests, food, live entertainment, silent auction and music! For latest events in your local area, make sure to check out the Lucky Fin Project across various social media channels.

Advocates of the charity, also known as ‘Lucky Fin Family’ praise the charity for their continued support and work in helping children find representation, gain confidence, and achieve their goals.

Laiken, who was the first person to receive a Metal Gear Solid Hero Arm in the US, spoke candidly about the importance of communities like the Lucky Fin Project to help equip children with limb differences with the tools to be able to gain confidence and embrace their differences.

I have so much appreciation for the Lucky Fin Project, the Amputee Coalition and other communities that really share our stories in a way that’s empowering, but also raw and real. – Laiken Olive

Children’s camp counselor and Hero Arm user Richard Slusher is also a Lucky Fin Family member and has always been very open about his limb difference. He often speaks candidly about his experience with prosthetics and the impact they have on his self-esteem.

Read his latest feature for Living with Amplitude magazine.

Here at Open Bionics, we are huge fans of the Lucky Fin Project and hear from our Hero Arm community the importance the charity has on raising awareness of the limb difference community, championing individuals to reach their goals and striving for representation across industries.

If you are a family looking for a local community to connect with, here are some of the Private Facebook Groups you can join:

Connect with the global Lucky Fin community across social media channels below: 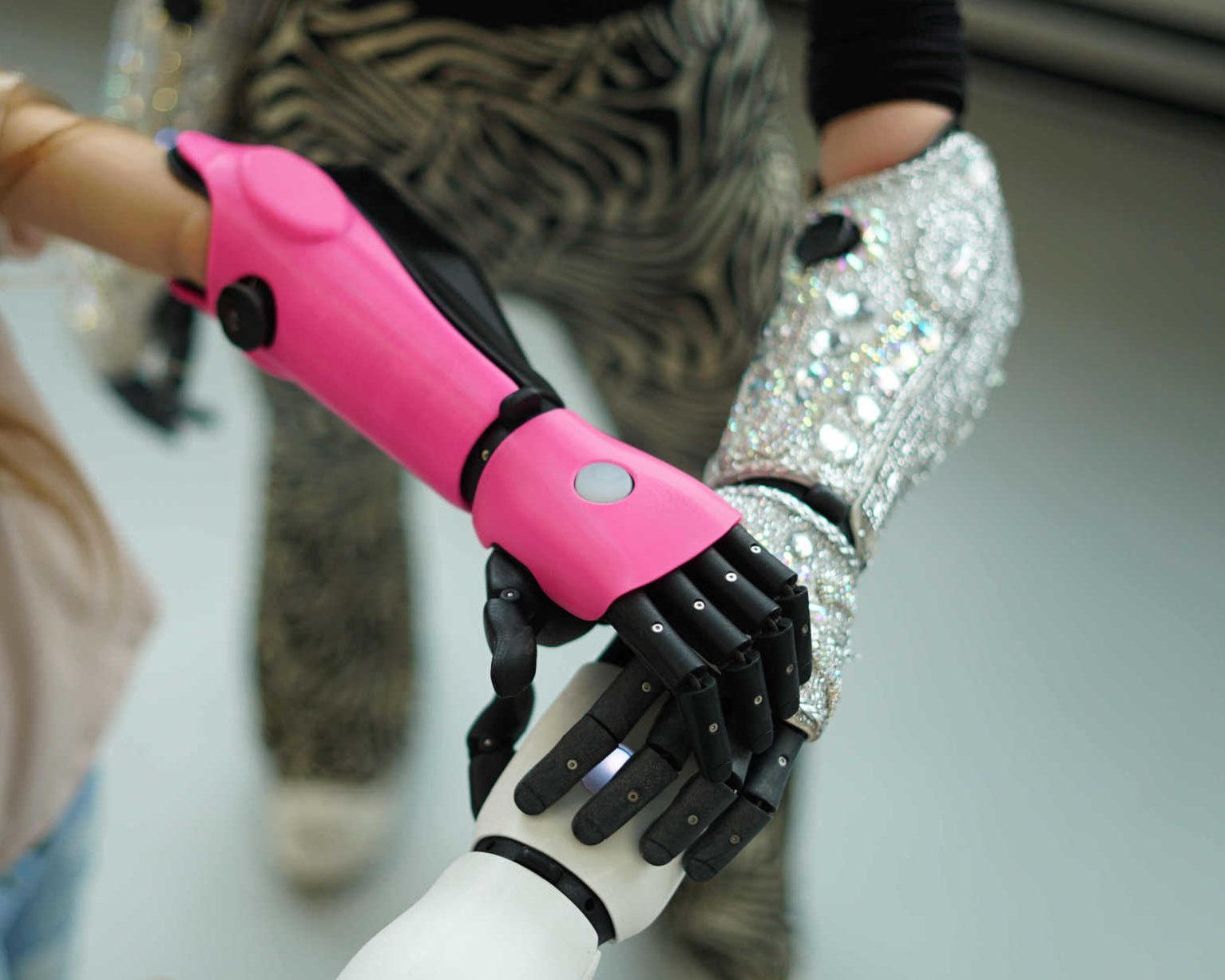 Find out more about Hero Arms for children

The Hero Arm is suitable for children from as young as 8-years old. If your child is interested in trying the Hero Arm, we invite you to register your interest so we can discuss eligibility and arrange an informal appointment where your child can try the technology, ask questions and see if it’s something they would be interested in wearing.