This month, we welcomed back Daniel Cant, a Hero Arm user who had his bionic arm fitted three months ago. Before being fitted with a Hero Arm, Daniel went 16 years without wearing a prosthesis.

Our team had a lot of questions for Daniel about how he was getting on with his Hero Arm, what new features he would like, and what he made of his time in the press spotlight.

The whole talk with Daniel lasted an hour, but if you want to watch the soundbites, view the video interview below.

Daniel, you have just moved into your new home, how are the renovations going?

It has completely taken over all my time, the house hasn’t been renovated since the 60s, so there’s a lot to do.

Since receiving your Hero Arm, we hear you have been quite the star in the media. How have you been coping with all the press attention?

It took me by complete surprise. To my own naivety, I thought only the local press would be interested in hearing my story as a Hero Arm user, but after doing a few interviews, I never expected to be featured in the national press and the story to appear internationally. It has been an incredible experience.

I’ve had letters of support from Canada, South Africa, New Zealand, Australia, the US, India, it has been wonderful to share a little bit more about my story.

Do you remember where your story was featured?

It was incredible to be featured in the Times newspaper, and also to go on national news to talk about my story.

How has all this press exposure made you feel?

It has definitely challenged me in the mornings. When I wake up now, I have to put my Hero Arm on, because that’s how people in my local community know me. There was one occasion when I went into a local shop and was questioned about where the arm was, so I make a point now to wear it everywhere.

It has also been really great for people approaching me to talk and share their stories of disabilities, which I really welcome. The Hero Arm has helped bring people together in my community and break down barriers to start positive conversations.

From the first appointment, it felt like the Open Bionics team were on my side and talked through options of how I could get a Hero Arm.

So you have met quite a few new people because of the Hero Arm?

Yes, recently I bought something on Facebook Marketplace and turned up to collect it and the person recognised me as the ‘bionic rev’ which I found hilarious.

Daniel, thank you for sharing your story. I want to take it back a little. Can you tell us about your experience with the NHS prosthesis you were issued?

Yeah sure. When I came out of a coma after the accident, the medical team was very matter of fact. I was told I was going to lose my arm and what the process of recovery will look like, but I wasn’t in the right mental state, so I didn’t engage with the information properly. A year later, I was referred to my local hospital that produced my first arm prosthetic, I didn’t have much of a say in it.

It was this huge, cumbersome thing, which didn’t really do anything. It was there as a cosmetic arm. When I went away and did more research into prostheses options available, I asked about a myoelectric/ bionic arm and was told I would never be able to operate a myoelectric prosthesis because my arm muscles had too much damage. The best they could offer me was a prosthetic hook, but it made my elbow so sore I had enough of it and decided prosthetics were not for me.

What was your experience like getting a Hero Arm?

When my son found out about Open Bionics and encouraged me to register, I was contacted by their team, who were really helpful and outlined all the information I needed about the Hero Arm. As part of that process, they also shared a number of benefactors that supported Open Bionics and could help me cover costs of getting a Hero Arm.

After filling all the paperwork for funding support, I’ll be honest, everything happened so fast, but it was all very relaxed. I had a brief conversation with the Worshipful Company of Glovers, who came back and said they would fund all the costs needed to get a Hero Arm, which was just incredible.

You mentioned you were told that your arm couldn’t operate a myoelectric prosthesis, how were the Hero Arm sensors performing?

Kameron, a prosthetist at Open Bionics, could find the muscle sites and I could operate the Hero Arm trial kit with no problem, which rendered me completely speechless. It gave me such a huge boost in confidence.

Has the Hero Arm given you a confidence boost?

Massively! Before, I used to hide my limb difference, and would always put my left arm out to shake someone’s hand. Now, the Hero Arm is the first thing that comes out and people love it.

What was the process like of getting your Hero Arm?

It was such a gentle process, and completely unexpected. Everything was very organised, even in the midst of COVID, the building was safe and secure. From the first appointment, it felt like the Open Bionics team were on my side, and talked through options of how we will move forward to getting the Hero Arm.

What were the main functions you wanted from a prosthesis?

After the accident, I was grieving the loss of my fiance, so when I lost my arm, and was told there was no way I could gain back any function, it felt like I was grieving all over again. Having the Hero Arm, it’s the closest thing I can say I’ve had to a human arm in 30 years. To get a functional hand back, it’s incredible.

How often do you use your Hero Arm?

It’s the first thing I pick up in the morning, before the phone, or anything. When the arm goes on, my day starts.

What tasks do you use the Hero Arm for?

Carrying things, and holding things like boxes and bags. Carrying little things, like two glasses of water, is very handy.

Are there any tasks that you find difficult?

I sometimes find holding a book can be a little tricky because of the wrist, but that’s just me being picky.

We could keep talking about this topic for hours, but we are conscious of your time Daniel, so thank you so much for joining our team for a chat this morning. We have one final question to ask? Will you be wearing your Hero Arm when you get ordained as a member of the clergy? Yes!

If you are looking for a new prosthetic arm or would like to simply enquire about our cutting-edge technology, register to find out more. 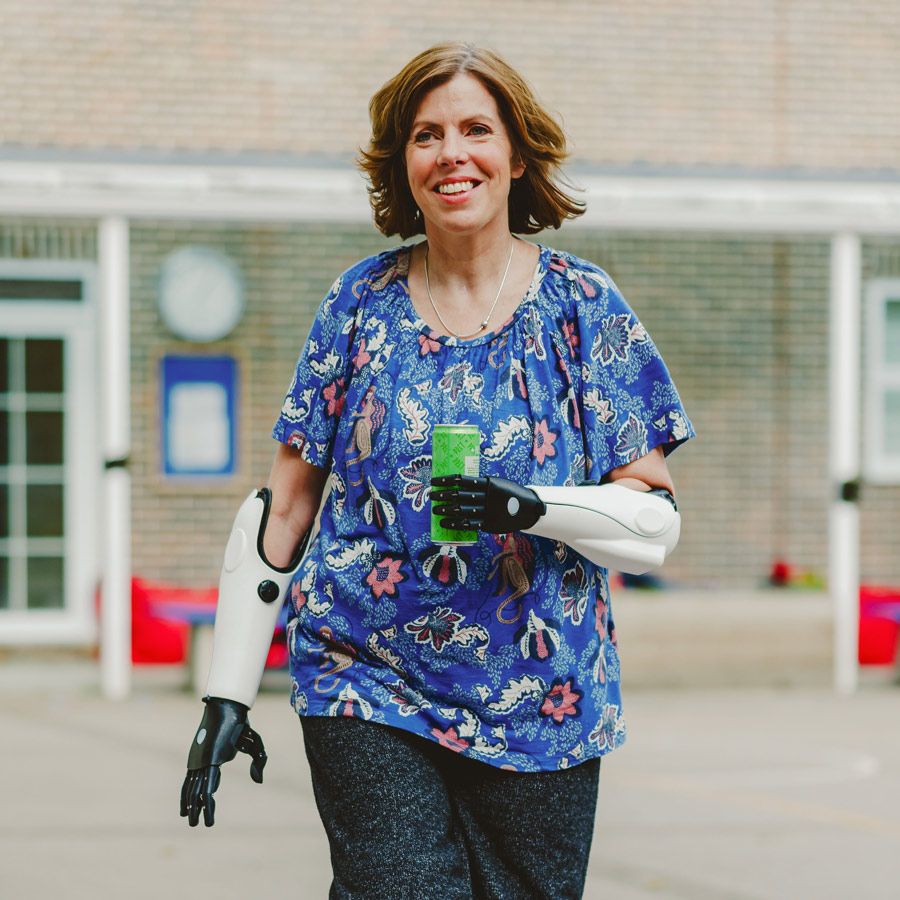 Register your interest in the Hero Arm