This month, Daniel Cant, a priest-in-training from Colchester has become one of the first individuals in priesthood to be fitted with a multi-grip bionic prosthetic arm.

The 42-year-old lost his arm during a tragic car accident that left him fighting for life. During a seven-month intense rehabilitation period Daniel relearnt how to walk, but noticed how restrictive everyday activities were living with one arm.

Daniel now lives with his wife and two children and has been training to become a priest for the past year. Daniel said faith played a critical role in his recovery and only found the company Open Bionics who built his new artificial arm after his 6-year-old son continuously prayed and eventually googled for a ‘Hero Arm’ for his Hero Dad.

I’ve missed so many small everyday things, like a full embrace, or putting both hands together for prayer – Daniel Cant

When talking about his priesthood training at Christ Church Parish in Colchester, Daniel said: “In my daily role I have to hold lots of things, but this can be quite cumbersome when standing behind a lectern trying to talk to people. Because the arm is lightweight and so beautifully designed, it will be intrinsic to my role as a priest when I am ordained later this year”.

After his Hero Arm fitting consultation with an Upper Limb Prosthetist at Open Bionics, within a few hours Daniel transitioned from living with no right arm for over a decade, to being able to throw a ball and write his name. Daniel reflected on what it was like to regain functionality in both arms “I’ve missed so many small everyday things, like a full embrace, or putting both hands together for prayer. The first thing I will do when I get home is give my family a bear-size hug, with both hands, because my children have never experienced that before.”

“The Hero Arm is going to give me a great sense of confidence to challenge the stigmas that still surround disability. I’m looking forward to also raising awareness in my sector about the barriers the limb difference community still face everyday.”

After a successful funding campaign with the support of The Worshipful Company of Glovers of London, Daniel was fitted with a Hero Arm built custom to his shape and matching his individual prosthetic requirements and design preferences. Unlike Daniel’s previous prostheses, which were heavy and very limited in functionality, Daniel’s Hero Arm uses myoelectric sensors which detect underlying muscular contractions generated from specific muscle groups in his arm. These are then amplified and converted to intuitive and proportional bionic hand movements.

Samantha Payne MBE, Co-founder of Open Bionics commented on Daniel’s experience: “We’re thrilled to support Daniel on his bionic journey. It can be frustrating as an amputee when your job requires you to hold items in two hands at the same time and we hope Daniel’s Hero Arm makes the practice into priesthood smoother. We helped Daniel find funding for his new bionic arm and we’re grateful to The Worshipful Company of Glovers of London for their support. If you need help finding funding for your Hero Arm, please get in touch!”

Open Bionics is on a mission to support individuals like Daniel to turn their disabilities into superpowers by using innovative technologies such as 3D printing and 3D scanning to ensure each bionic prosthetic arm is custom-built and bespoke to the user.

Below elbow limb amputees interested in getting a Hero Arm can register interest below where our team will determine eligibility with an initial introduction call. 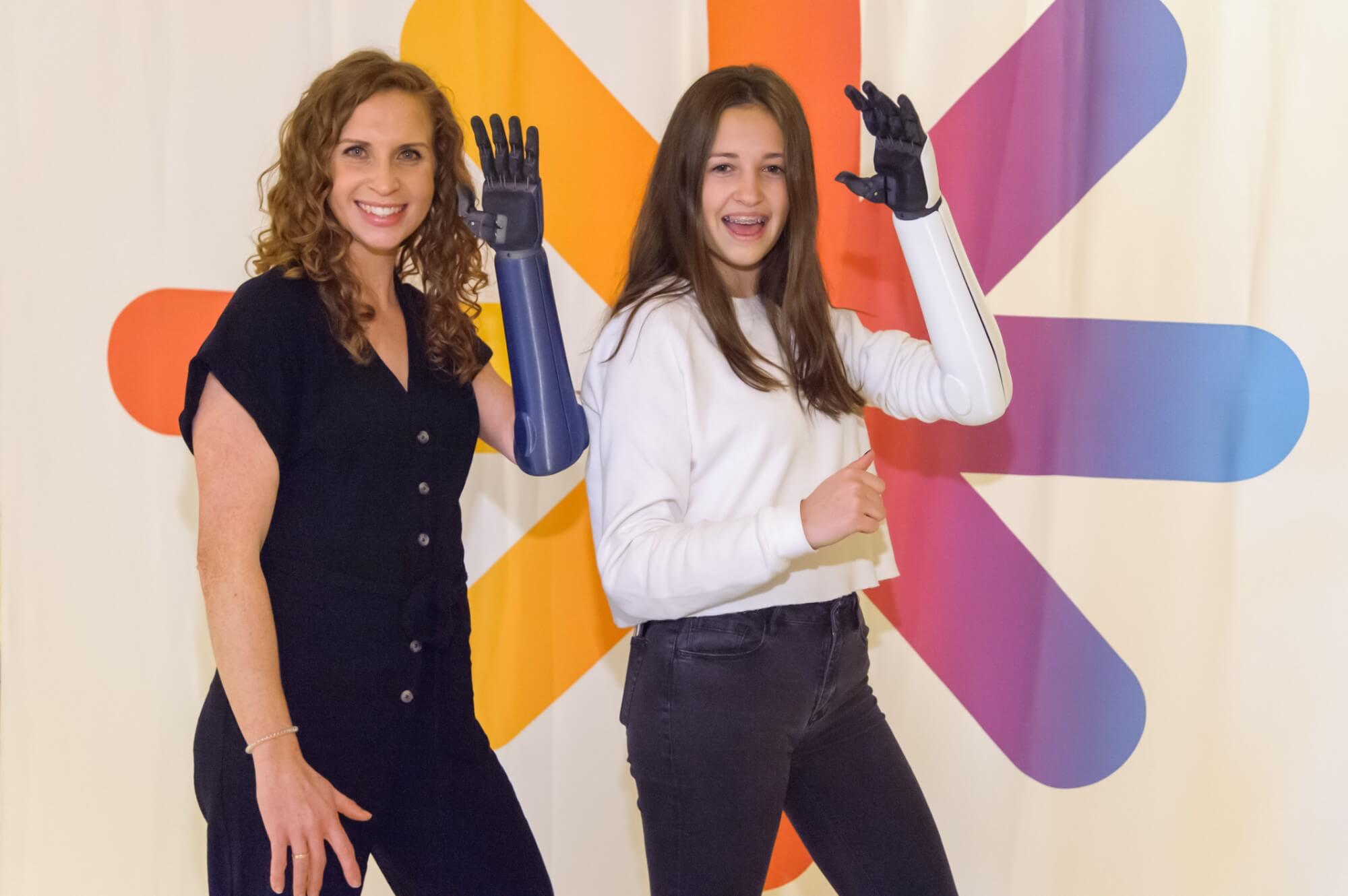 Find out more about our Hanger : Hero Arm partnership

We are proud to be working with a prestigious clinic to offer the Hero Arm in over 800 locations across the USA.

Read more about our partnership