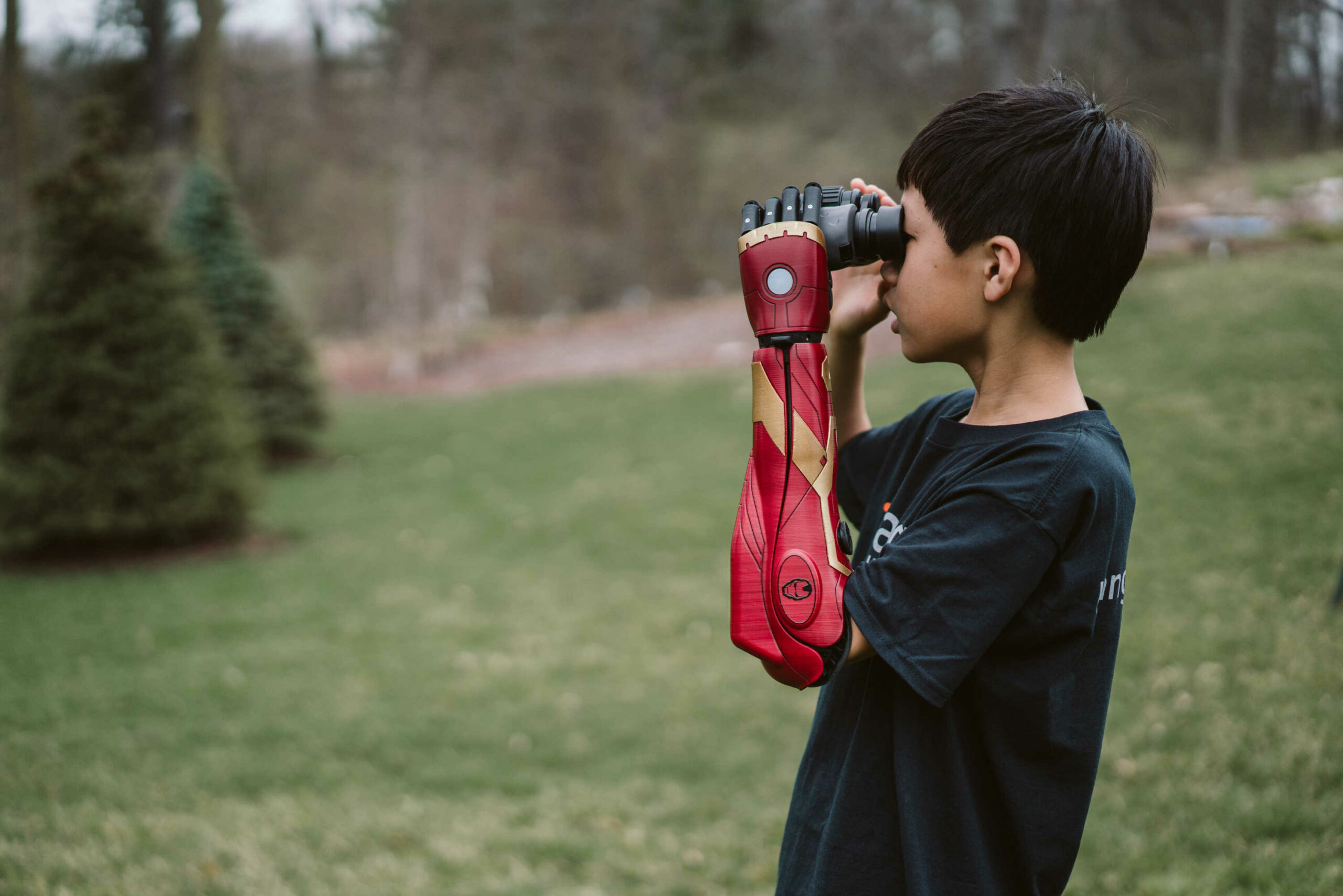 Aged 17, Joel Gibbard began tinkering with robotic hands and 3D prosthetics. There was something about the movement of a disembodied humanoid hand that captured his imagination. Hundreds of prototypes and many crates of failures later, in 2014, Joel co-founded Open Bionics with Samantha Payne. The Open Bionics co-founders were recently named as the 2018 Hottest Startup Founders in Europe, at The Europa Awards. With the help of an awesome team and the support of the limb different community, they’re pioneering a new bionic age inspired by science fiction. 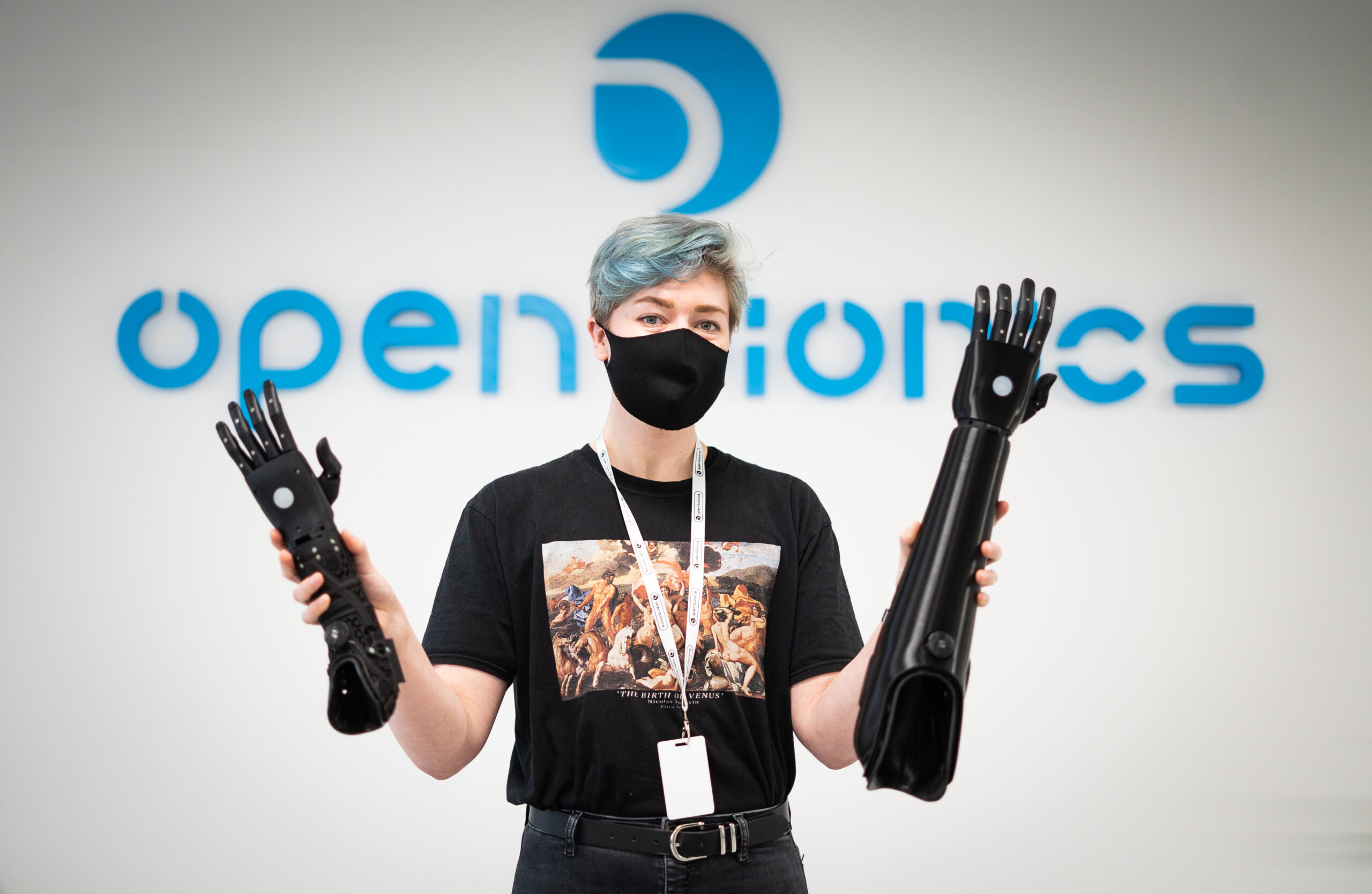 We’re based in Bristol –  the UK’s best city to live! Our super talented team work closely with a community of Hero Arm users to create devices better suited to their needs. When not hard at work in the lab, our team can be found playing table football, board games, and Mario Kart. Keep up with their antics on Twitter. #TeamOB

Check out our mantelpiece

Over the last few years, we’ve won several coveted awards, including a James Dyson Award for Engineering, a Wired Social Innovation Award, and even a Guinness World Record. In 2017, we picked up the $1 million UAE AI & Robotics International Award for Good, which gave us the momentum to complete development of the Hero Arm. A huge fist-bump to everyone who has supported us so far.

At Open Bionics, we turn children with limb differences into bionic heroes and make science fiction a reality. As if cutting-edge bionic arms weren’t cool enough, we’re incredibly fortunate to be working with Disney to develop a range of Hero Arm covers, starting with designs from the Star Wars, Marvel and Frozen universes. We’ve also worked with Eidos-Montreal to bring you super slick Deus Ex covers for the Hero Arm. 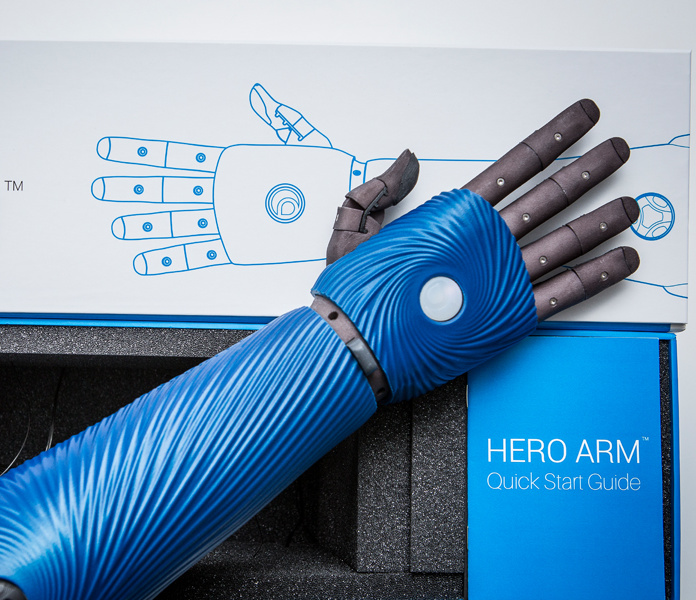 Open Bionics developed the world’s first 3D printed bionic hand for children and adults. We’re proud to have worked with NHS England, the Bristol Centre for Enablement, Bath University, and Gyrobot on a world-first clinical trial to make affordable bionic arms available for children in the UK. 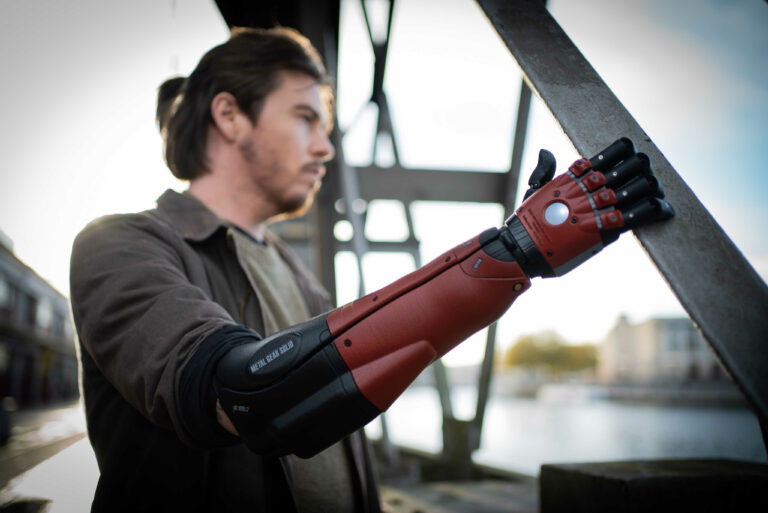 Ready to start your bionic journey?