Tilly Lockey was first fitted with a Hero Arm when she was 8-years old. When Tilly was 15 she was diagnosed with Meningococcal Septicaemia Strain B, here is her bionic journey so far. 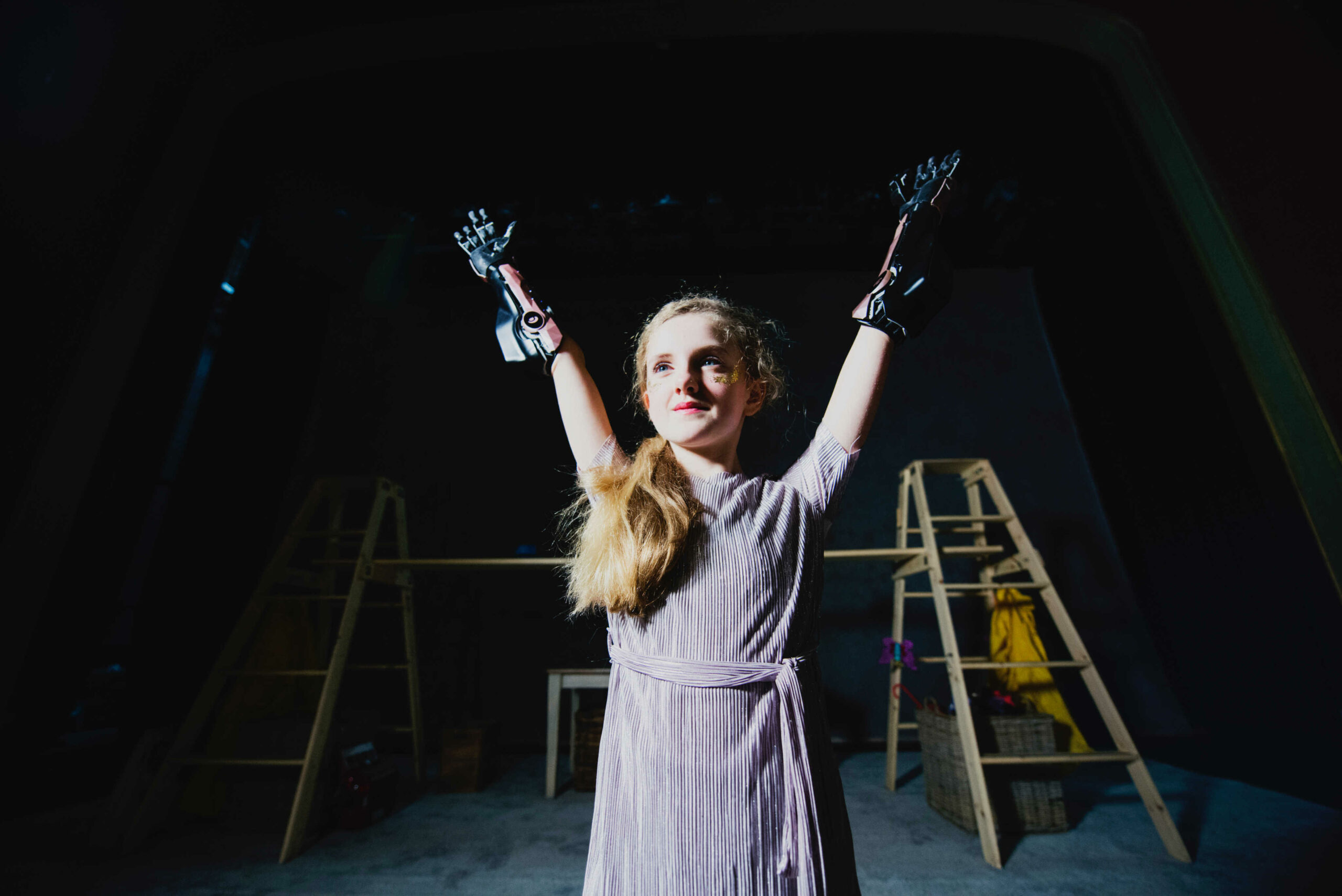 My name’s Tilly and I’m a 15-year-old bionic girl!

I was diagnosed with Meningococcal Septicaemia Strain Bwhen I was only 15 months old. I was rushed to the hospital and there were loads of doctors around me. They gave my mam absolutely no chance of survival, but obviously I’m here today so I proved them wrong! When I was in hospital my mam promised me that one day I would have hands again, so ever since we’ve been working with different people and companies in the hope to make life easier for other child amputees like me. 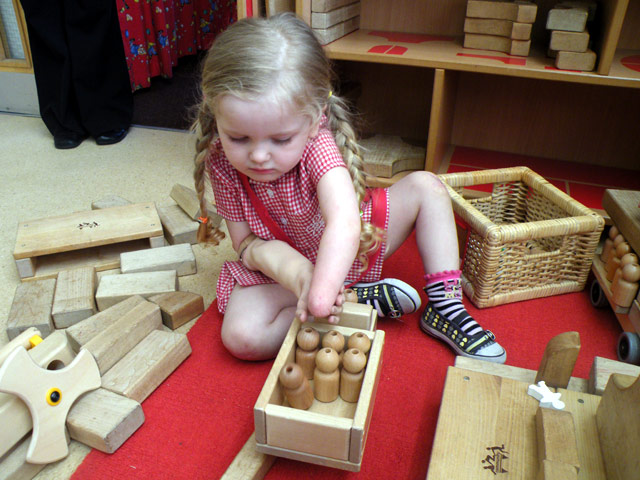 I didn't want to hide

Before the Hero Arm, I used to wear some very basic myoelectric hands. What I mean by “very basic” is that they only opened (not very far) and closed. There were no other grips you could do or anything like that, just literally open and close. These hands also looked very different. They were made out of silicon, based off my older sister’s hands. This made me feel more like everyone else. I blended in. But that’s just not what I wanted to be like. I wanted to stand out from the crowd. I didn’t want to hide the fact that I had no hands and I just wanted to be me! 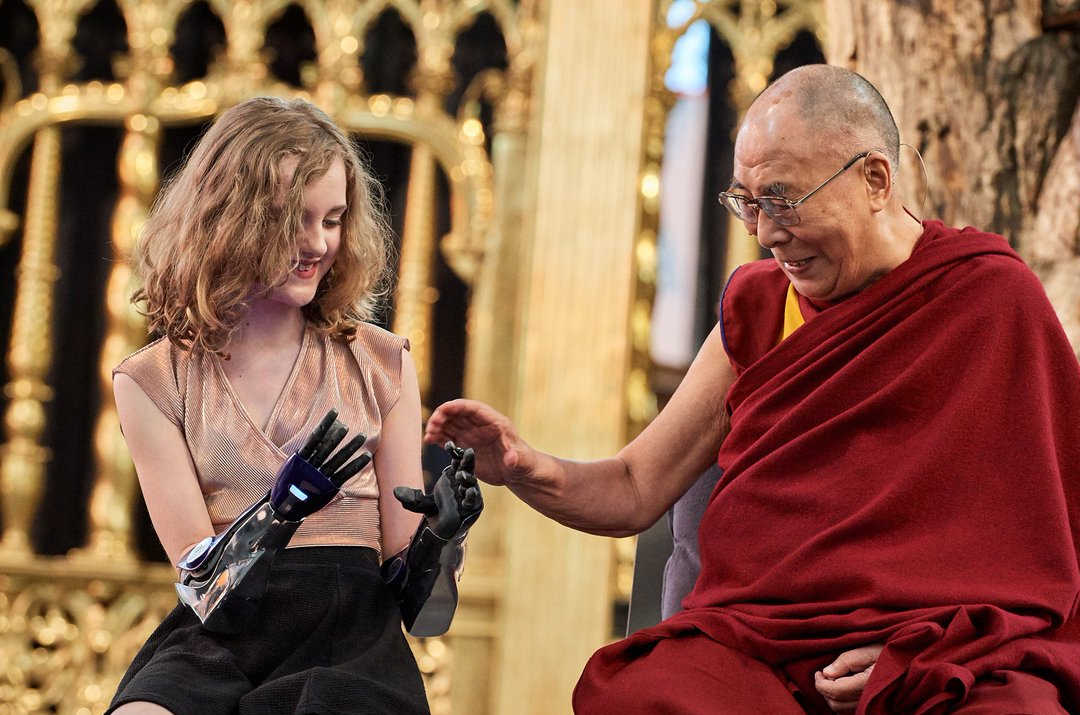 I love the Hero Arm! It’s so much fun to use and I’m finding out new things I can do with it everyday. I’m a very independent person! I don’t like relying on other people, which is probably why I’ve adapted so well. I can do pretty much everything people with hands can do. I love the fact that I can pose and do other things that I could do before but just a little easier. The Hero Arm covers are easily changeable, you can just take them off and change it up whenever you please. I love being able to match my outfit with my hand!

I love my Hero Arms! They are so much fun to use

I’m finding out new things I can do with my Hero Arms everyday. There’s this thing on the Wii called Just Dance where you have to hold the Wii remote and dance with it in your hand. Which is obviously proven to be a challenge for me! What I used to do is tape the Wii remote to my arm, which would really hurt when taking it off, but at least it worked! However now I can just stick my hands on, pick the Wii remote up and start dancing! I can also do a thumbs up or an “ok” sign and lots more! I love being able to do this, because when I’m taking pictures with my friends I naturally do a peace sign without my bionic arms on, because I still feel all my fingers although they’re not there, but being able to see them actually there? I never ever thought I’d see that! 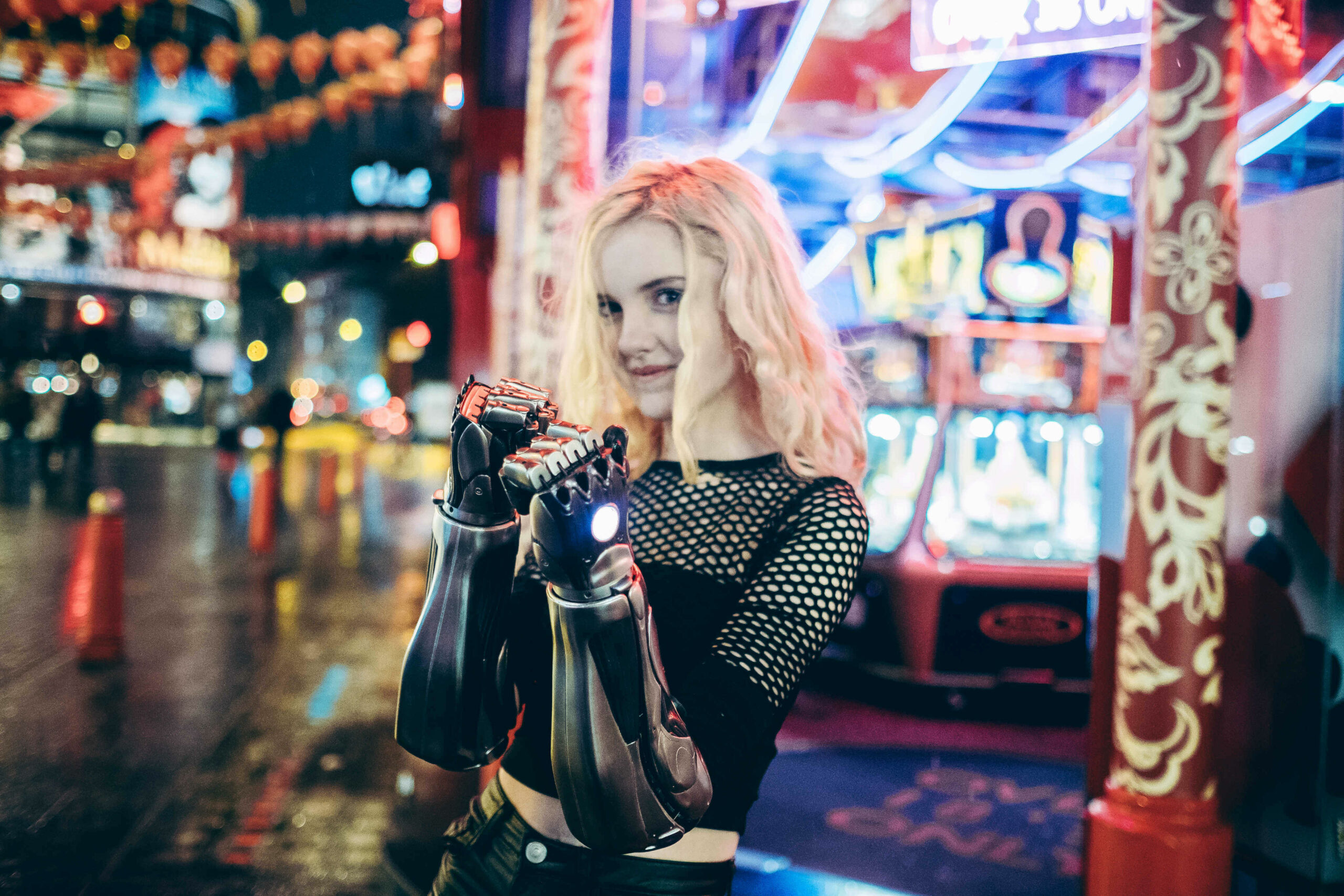 At the end of January 2019, I was surprised with really cool Alita: Battle Angel bionic Hero Arms and went on the blue carpet at the world premiere of the movie with Rosa Salazar and director James Cameron. In May 2018 my mam and I appeared on This Time Next Year with Davina McCall, which was watched by millions of people. In the future, the aim for these hands is that I really want to make them fashionable and I want to be in the top fashion shows. You can follow me on Twitter, Facebook and Instagram too.