After multiple prosthesis, Sadie was fitted with the Hero Arm and loved how much it stood out. Here Sadie shares her bionic journey. 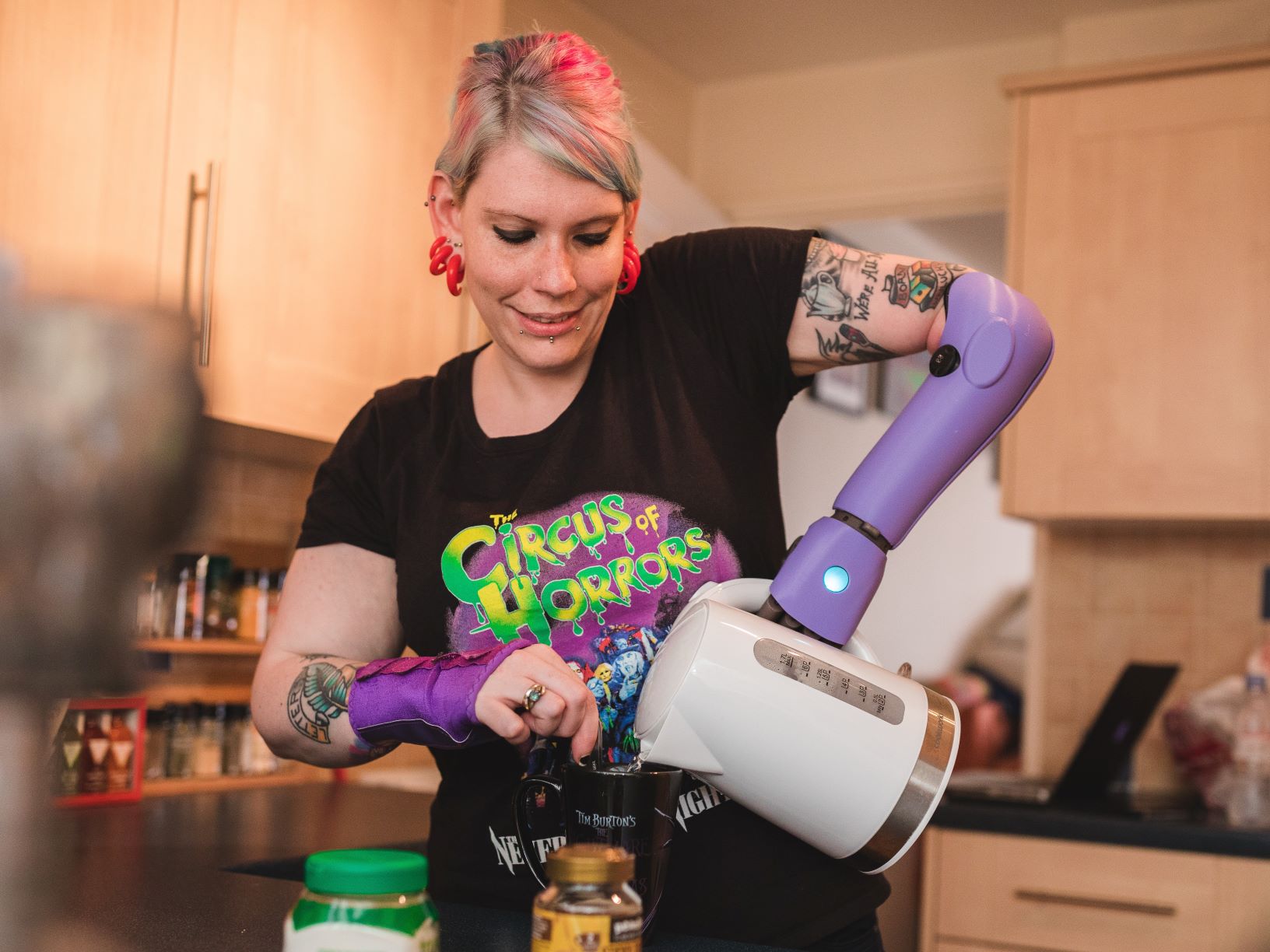 As a child, her prosthetics got in the way

Sadie was born without her left hand. As a child, the prosthetics she received were so unaesthetic and cumbersome that she abandoned  them completely. However, two decades later, the 31-year-old admin assistant discovered the Hero Arm and was blown away.

“When I was about 3 years old, I had a hook prosthetic with a pulley system that went around my back and over my right shoulder which allowed the hook to open and close. The hook could be changed for other “useful” attachments. For example, there was a piece of metal with a rubber tip that was used for typing. It was awful and I refused to wear it. 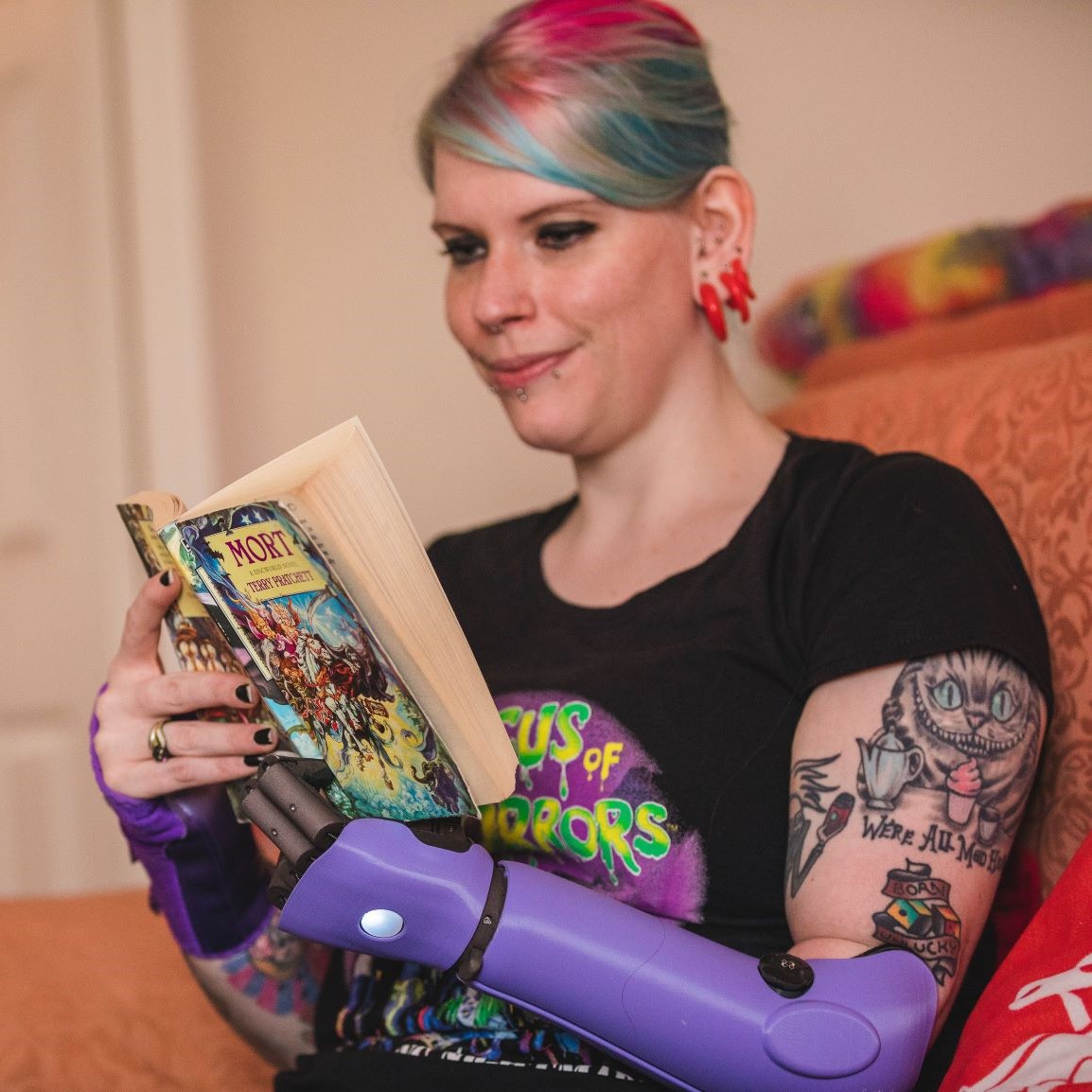 "They were about as useful as a chocolate teapot!"

“Then came my bionic arm, it was heavy, the wire to the battery pack irritated me and it only had an open and close function which got stuck and was about as useful as a chocolate teapot!”

Sadie gave up on prosthetics until 20 years later, when a friend shared our Meet the Hero Arm video on Facebook. Impressed by the advanced technology, she set up a crowdfunding page… and was immediately inundated with donations from friends, family, and strangers around the world. Within a year, she had raised enough money to get her very own arm. 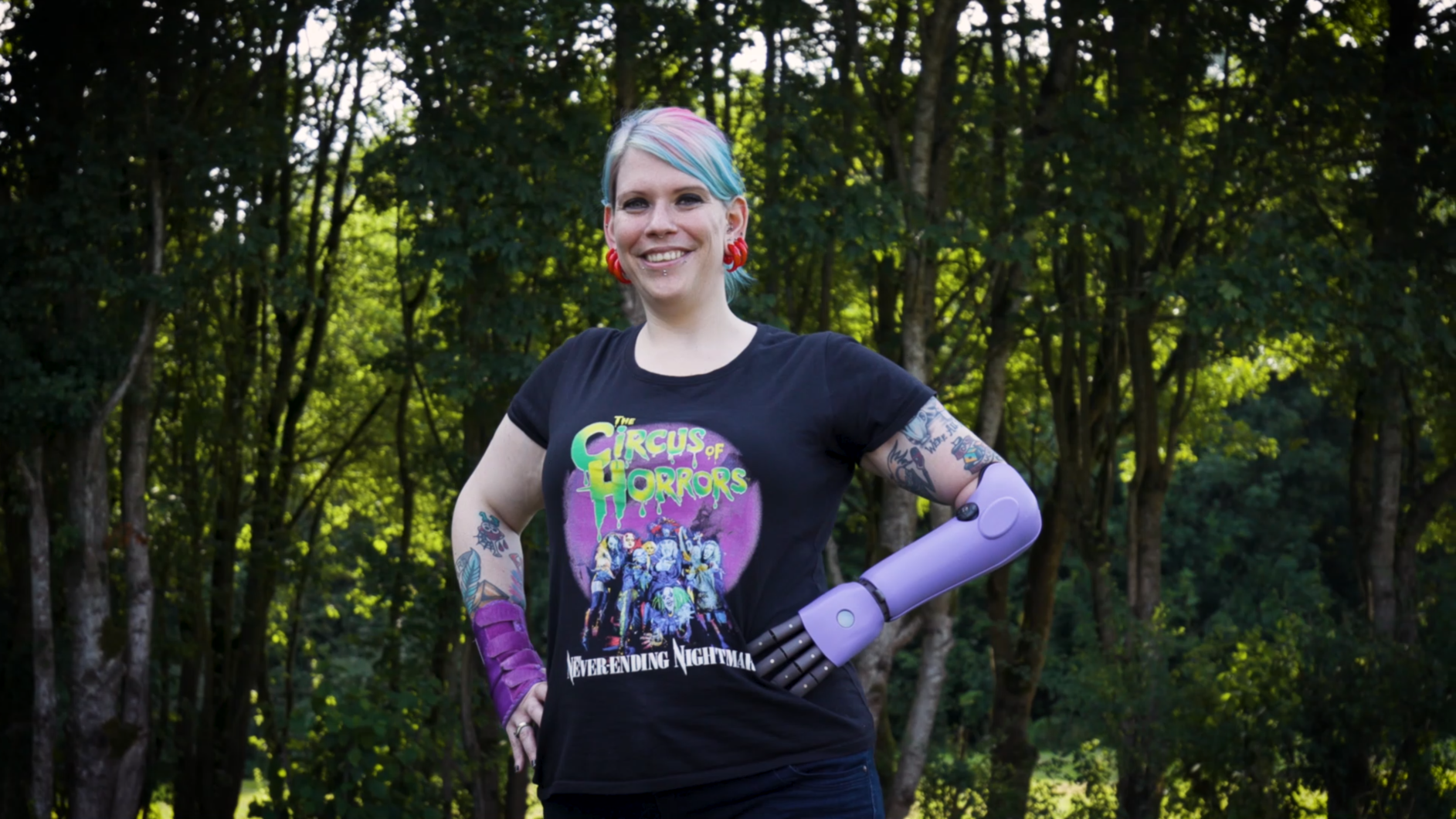 Collecting her brand new Hero Arm from Open Bionics in April 2019, Sadie was thrilled by how far prosthetics have come: “It’s dextrous, it’s not unsightly, and it’s completely customisable. It’s perfect. Growing up with a limb difference came with a lot of nicknames. It upset me quite a lot. The Hero Arm helps me celebrate my limb difference. By trying not to blend in it stands out, and invites people to ask questions rather than run away.”

The Hero Arm has made an enormous difference to Sadie’s life. As well as looking amazing, everyday two-handed tasks are now much easier: whether it’s making coffee, reading a book, or changing body jewellery.