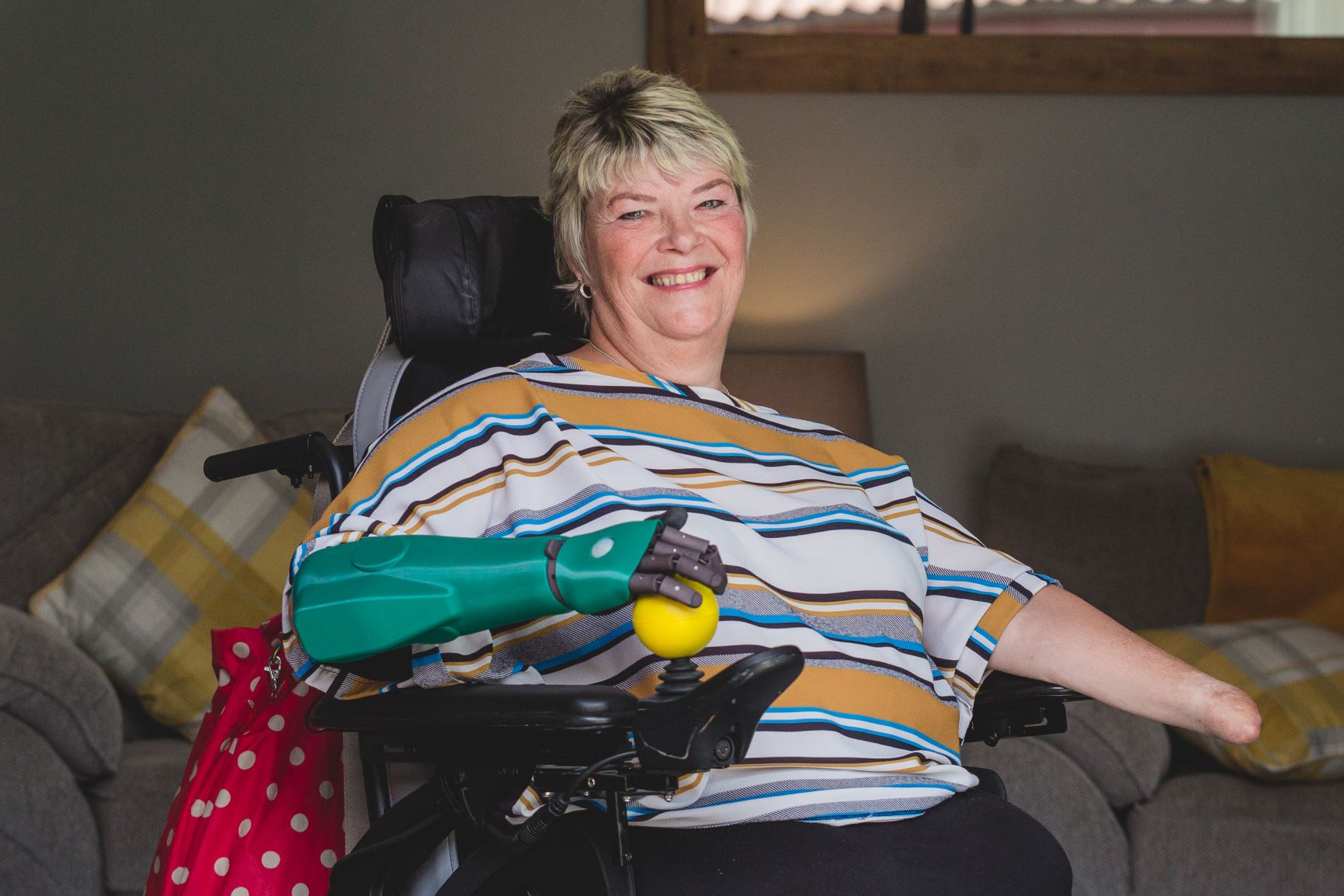 She can do things like cooking, brushing her hair, brushing her teeth, operating her wheelchair and playing with her grandchildren. 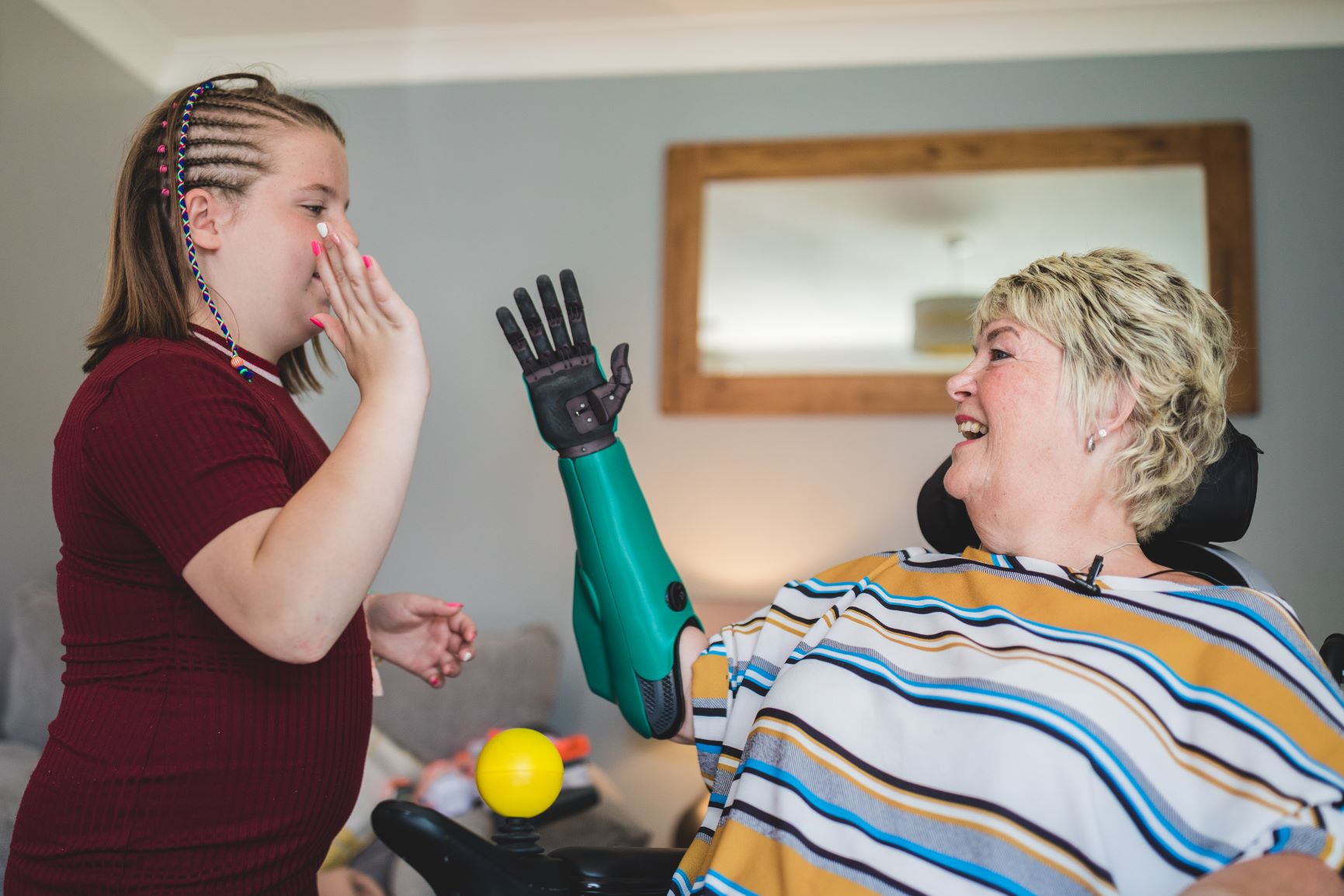 In February 2018, Kim Smith had all four of her limbs amputated after contracting sepsis whilst on holiday in Spain with her husband Steve. Mum-of-two Kim from Buckinghamshire in the UK spent 9 weeks in intensive care, and at one point she was given only six hours to live. But she fought sepsis and won. Now she’s determined to take back her independence. Her daughter set up a crowdfunding campaign to raise money for a bionic arm, and in August 2018, we fitted her with a right-handed Hero Arm. Now she’s fundraising for a left-handed Hero Arm. Kim absolutely loves her Hero Arm and told us “its changed my life”. 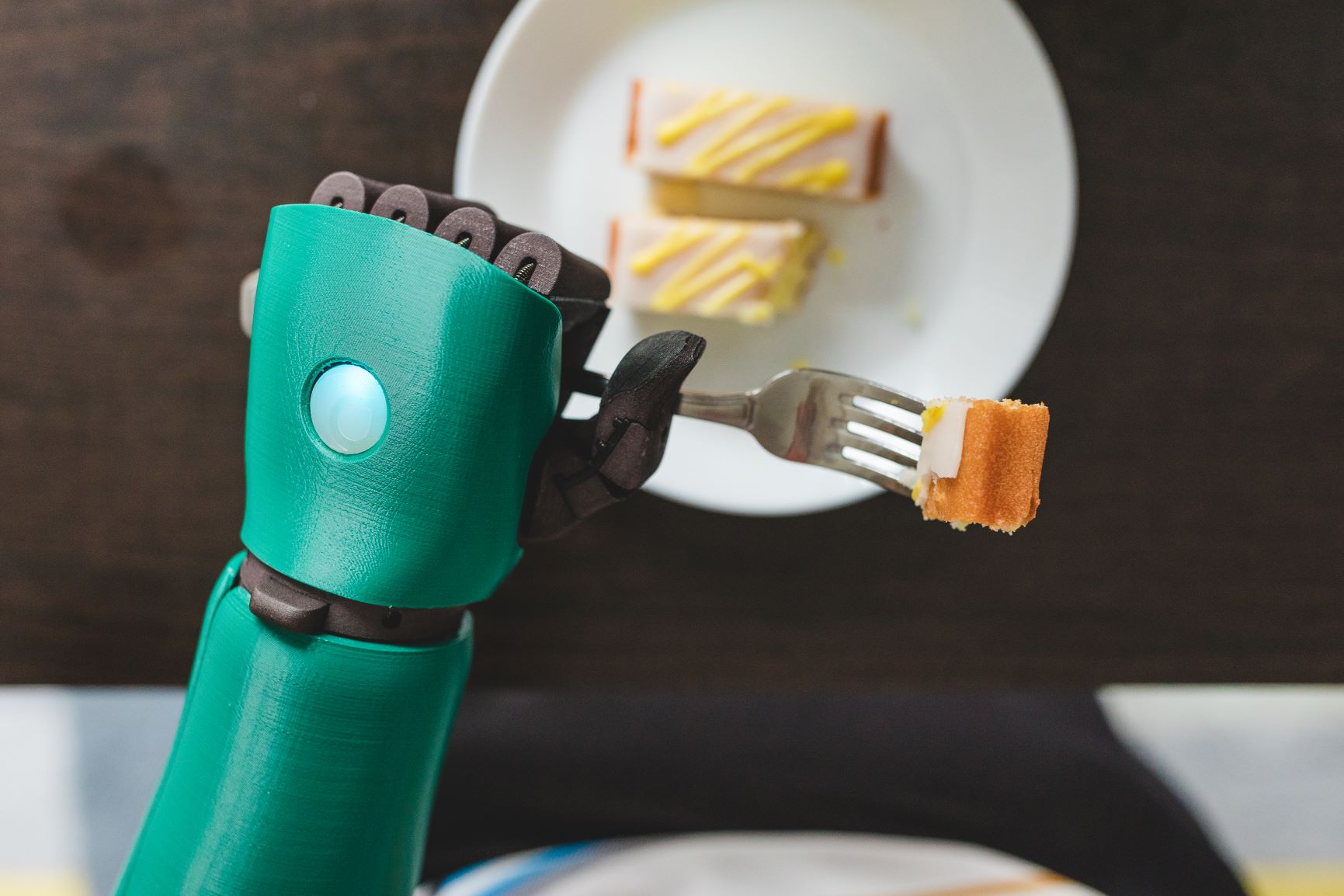 “The technology is amazing”

Kim is overjoyed she can do everyday tasks again like cooking, brushing her hair, brushing her teeth, operating her wheelchair and playing with her grandchildren. “The technology is amazing,” said Kim. “It’s hard to put into words how happy I feel. It’s just amazing what I can do. I can brush my own hair and teeth. I can use a fork to eat and operate the button on my electric wheelchair. I can even fist-bump my grandson Oliver.” Kim is the first quadriplegic amputee to receive a 3D-printed bionic arm. “I focus on what I’m capable of doing,” says Kim “not what I can’t.”