Meet Jeff, a fun-loving Texan with a bionic Hero Arm he called Tiberius. 51-year-old Jeff Meyer from Mansfield, Texas was born with one arm and finally now has a ‘game changer’ bionic Hero Arm to help with everyday tasks such as cooking, riding a bike, and playing with his three-legged pitbull. Jeff was fitted with his Hero Arm on Christmas Eve by Chris Lake, his awesome prosthetist at Hanger Clinic. 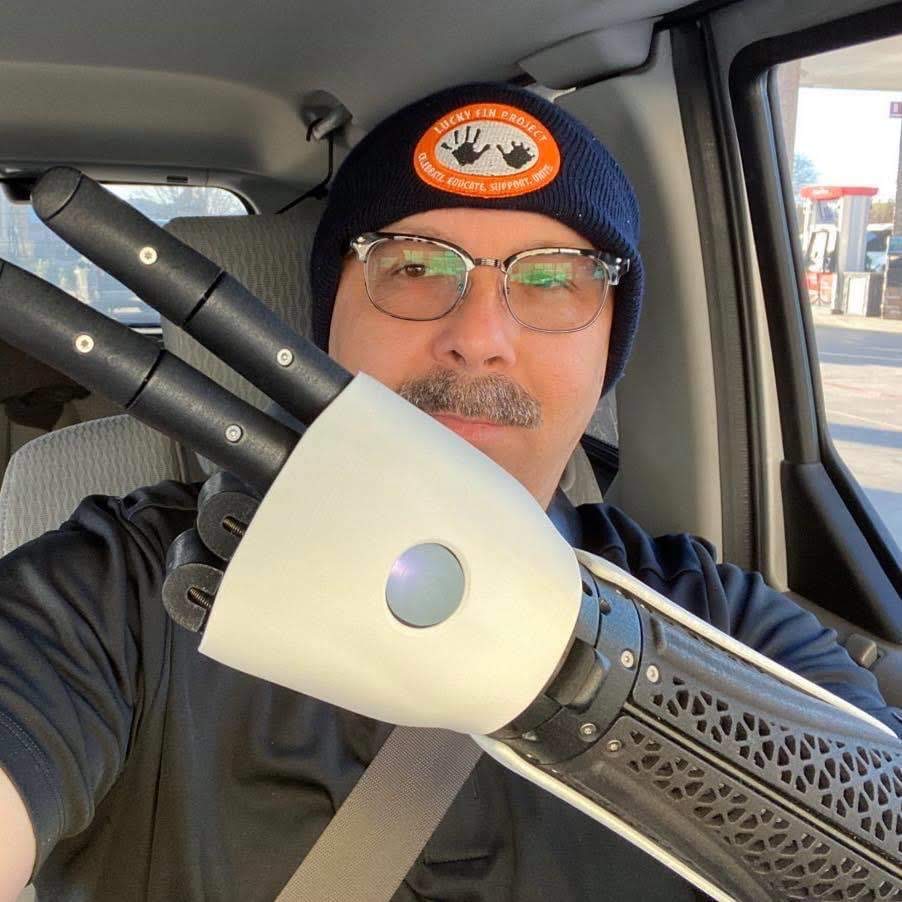 “I’ve always wanted a [bionic arm] since I was a kid and the bionic man was a real thing. I grew up wearing prosthetics – they were full of harnesses and wires, and they were cumbersome and really not very effective. At 16 I stopped wearing them, and I didn’t wear another one until December of 2019. The Hero Arm doesn’t have wires. It’s not like a typical myoelectric bionic hand; I can modify it, I can customise it, I can make it my own. The arm looks different just about everyday I wear it.” 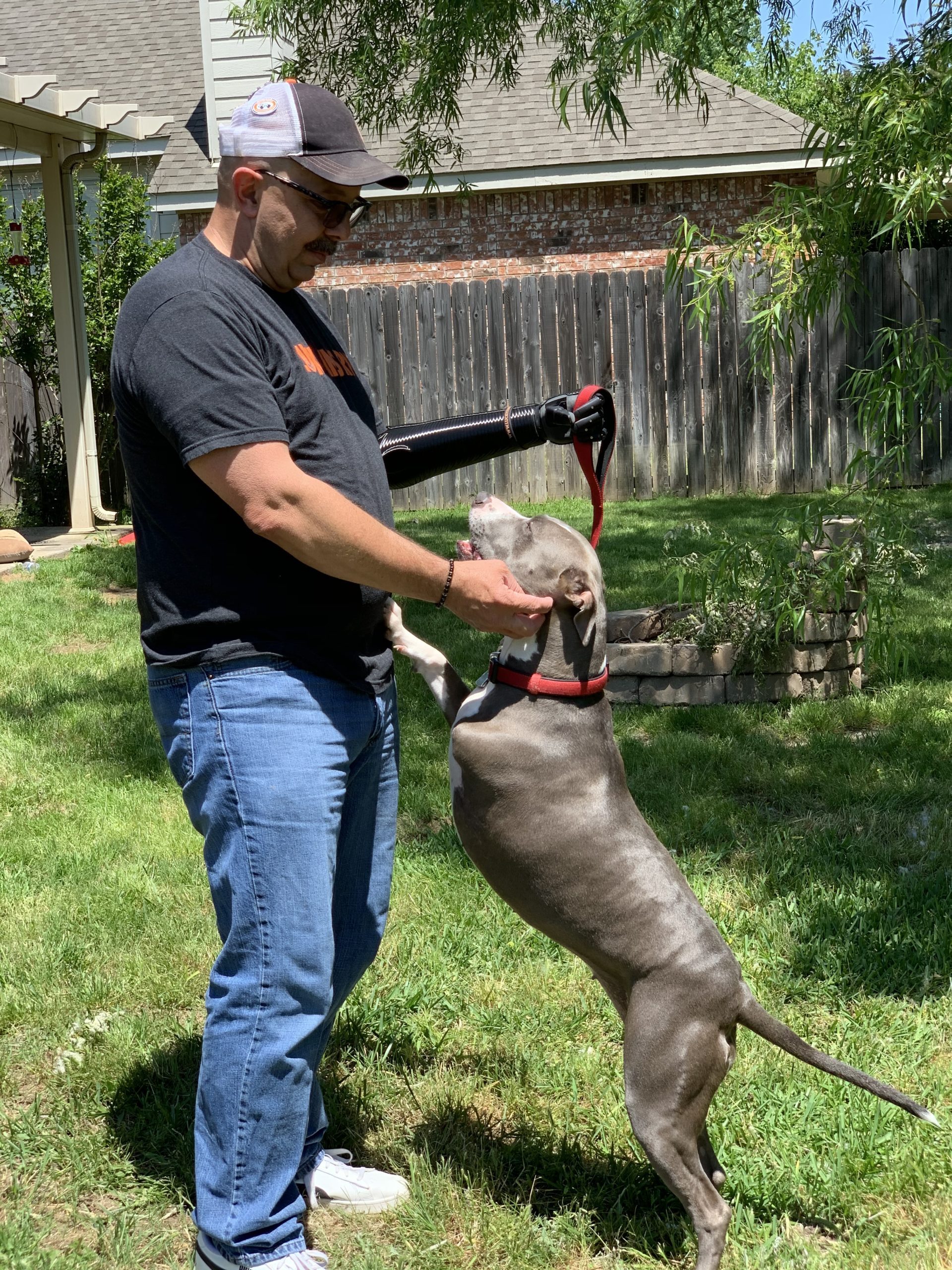 Over the past few months Jeff has been getting to grips with his new artificial limb. “I prepared an entire meal wearing the Hero Arm from start to finish. It was an enjoyable moment. And I learned how to tie my shoes about a month and a half ago. People want to know about the Hero Arm, it gives you the ability to be outspoken and talk about your limb difference. It’s educating the public that we’re not disabled, we’re differently abled.” 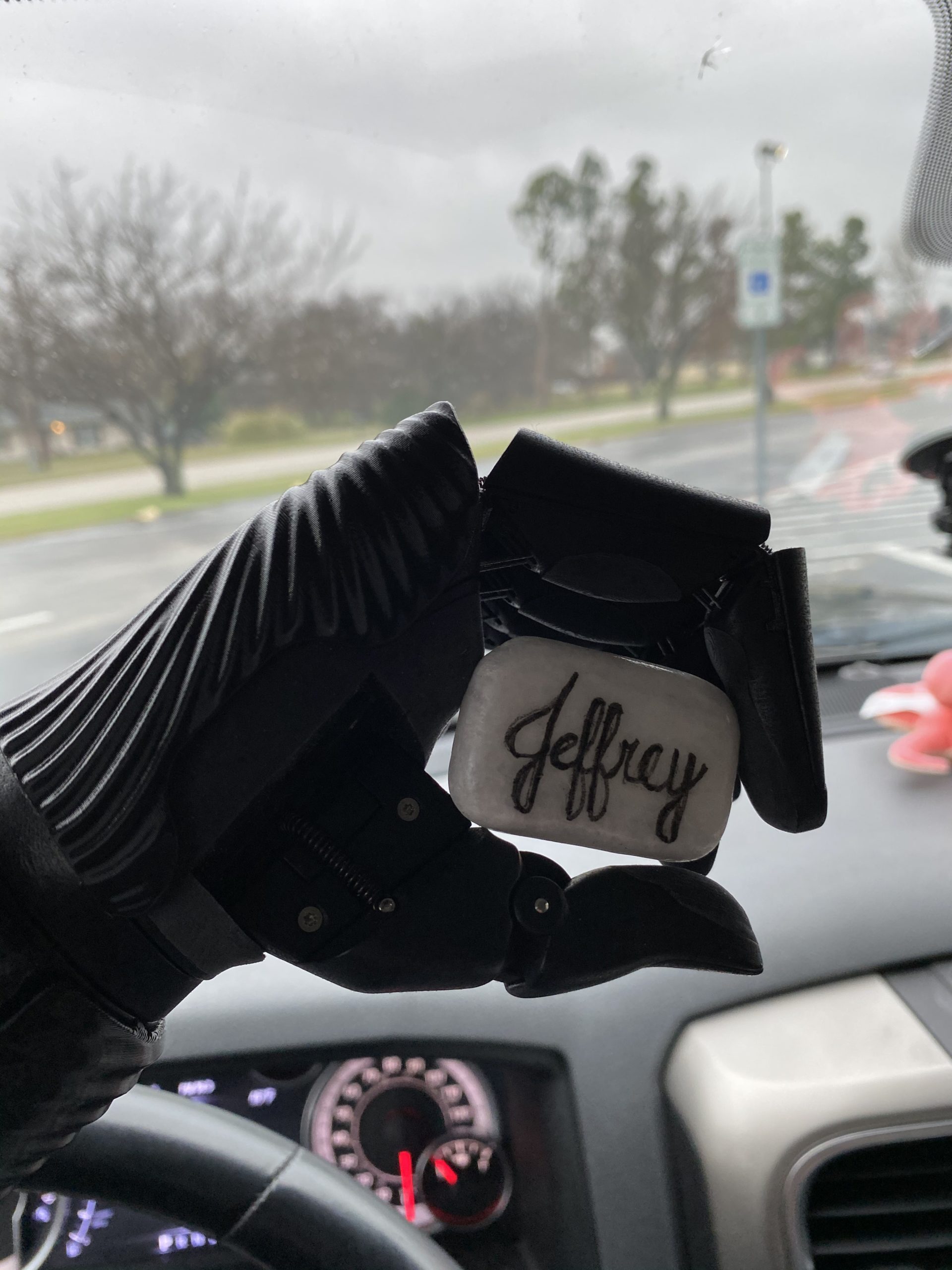 Jeff is an active member of US amputee groups and credits the Lucky Fin Project for helping him “find his tribe.” Jeff calls his bionic arm Tiberius, after James Tiberius Kirk from Star Trek. He is also a huge animal lover and last year adopted a three-legged pitbull called Whiskey. “Because me missing a left arm, and her missing her front left leg, we kind of matched, so I needed her.” 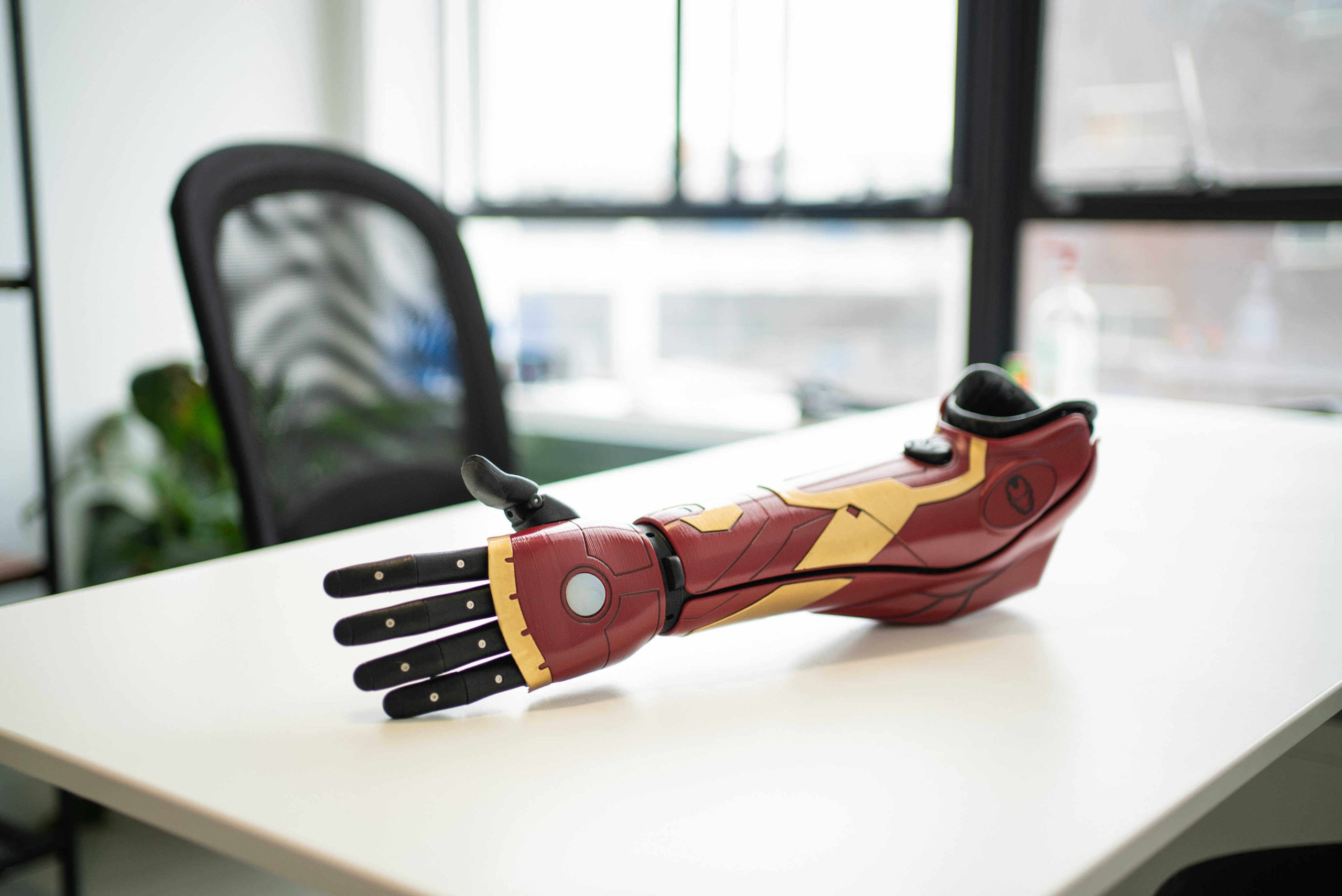 The Hero Arm is the most affordable myoelectric bionic arm. It’s lightweight, breathable technology allows people with below-elbow limb differences to control the arm which detects underlying muscular contractions generated from specific muscle groups in the arm. These are then amplified and converted into intuitive and proportional bionic hand movements.

Get a Hero Arm in Texas