43-year-old Darren ‘Daz’ Fuller is the first military veteran in the world to receive a Hero Arm. Here is his bionic journey. 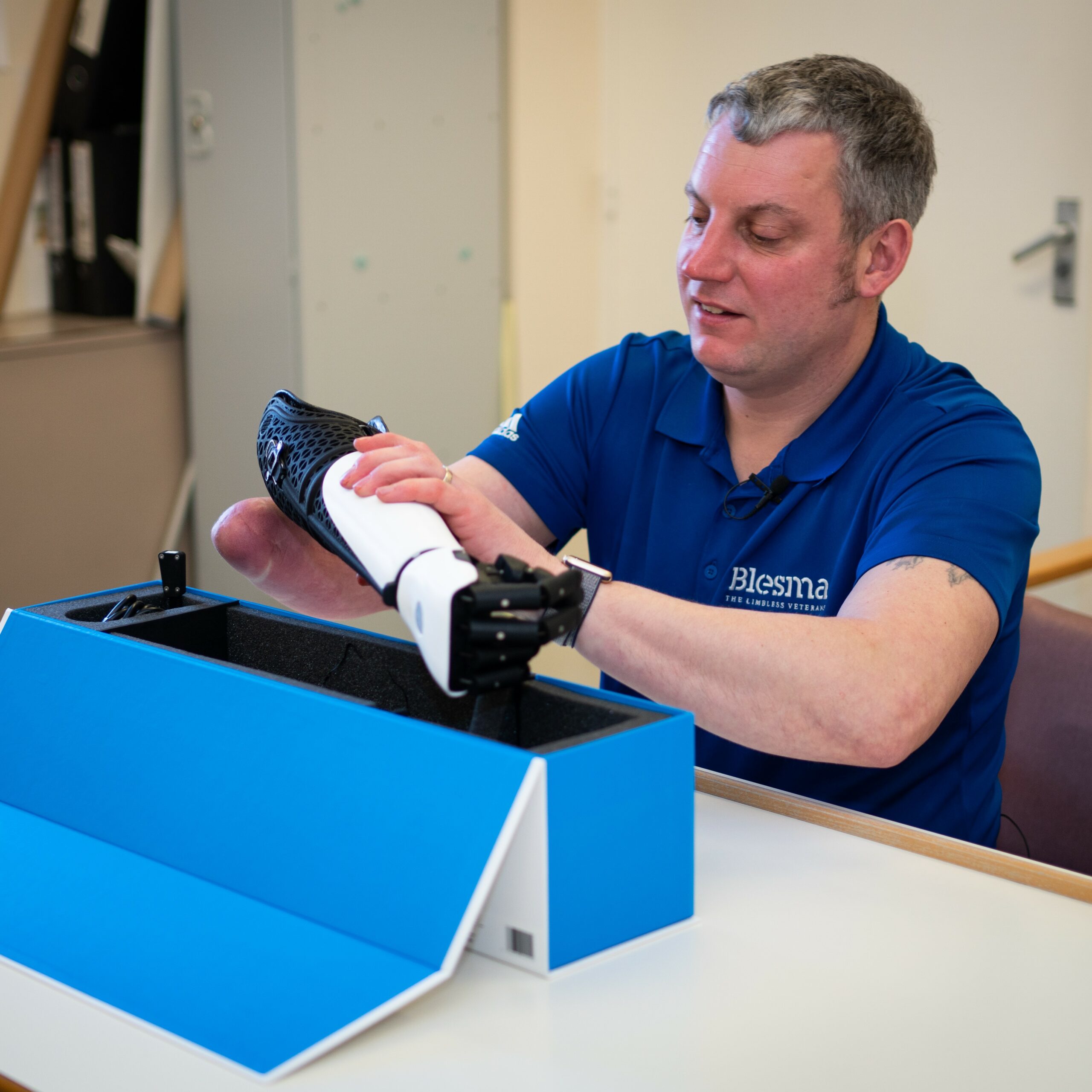 Daz was injured in an incident with mortar ammunition and lost his lower right arm.

Daz, who lives in Colchester, U.K. with his wife and his 4-year-old daughter Sky, enlisted into the Parachute Regiment in 1994 and served for 20 years. In 2008, whilst serving in Helmand Province, he was injured in an incident with mortar ammunition and lost his lower right arm. He now works for Blesma, the limbless veterans’ charity, as an Outreach Officer. Daz received funding for his Hero Arm through the NHS Veterans’ Prosthetics Panel, and hopes to be the “first of many” 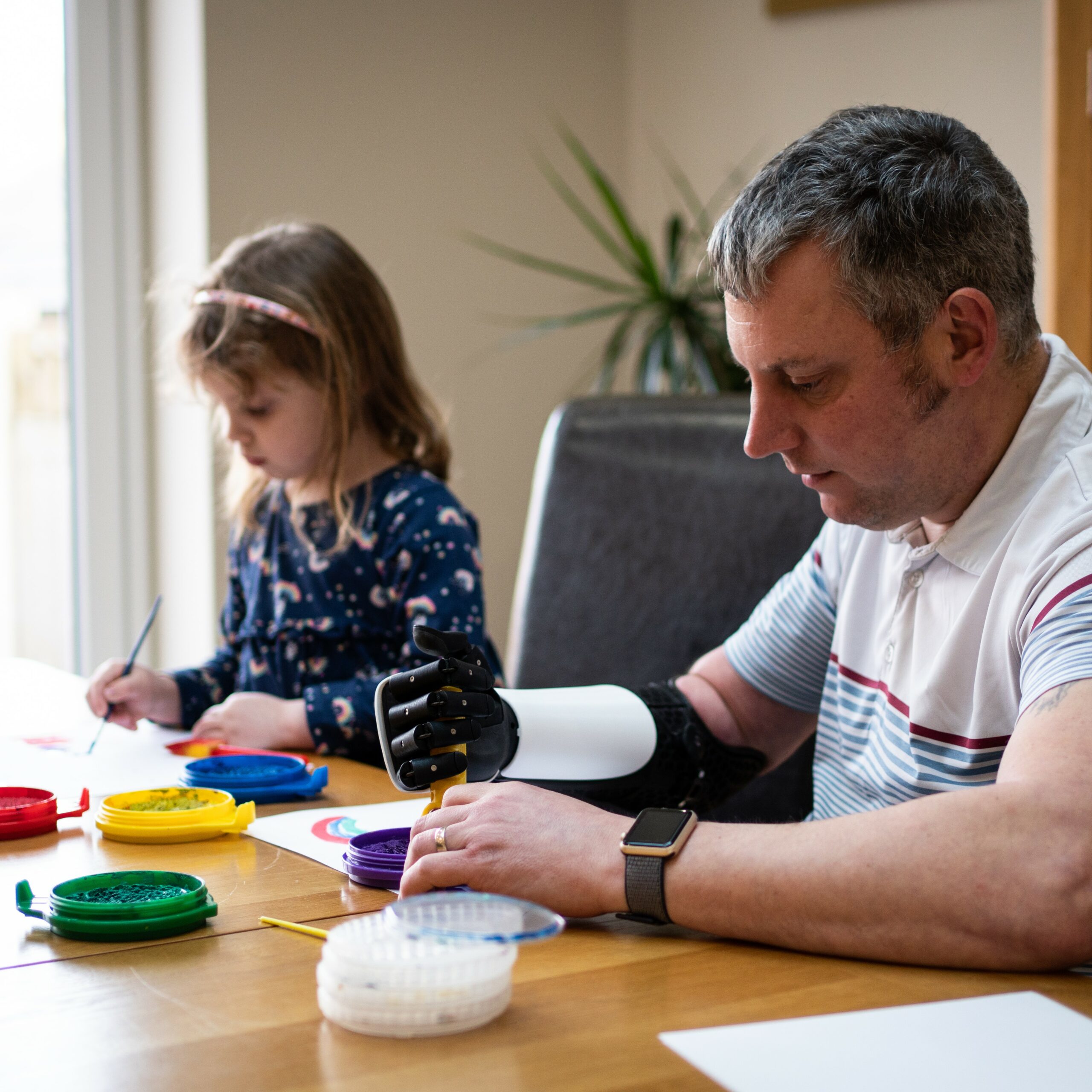 Daz, said: “To be the first veteran to get one [a Hero Arm] is fantastic, but it leads on to me being hopefully the first of many. The first few weeks have been a voyage of discovery. There are so many things I’m doing two-handed compared to before, and so many things I’m still discovering. I’ll do something and think ‘can I do that?’ with the Hero Arm and give it a try and most of the time I can. Doing things together as a family that may not have been possible or a lot harder before has been great. I can also now remember the last time I ate with a knife and fork as it was yesterday.”

In the first week of wearing his new bionic arm, Daz has enjoyed getting to grips with two handed tasks and spending time with his daughter; baking, crafting, painting and playing games.

At the end of 2019 Daz underwent a trial for the Hero Arm at the Harold Wood NHS Disablement Service Centre in Romford, and applied for funding from the Veterans’ Prosthetic Panel, which is an NHS funding pathway for veterans who have lost a limb whilst in military service. The fact that Daz is the first person to receive funding through an NHS funding pathway gives hope to the dozens of people with upper limb differences in the UK who are currently actively crowdfunding for their Hero Arms, and hundreds more who are waiting patiently. The Hero Arm is made in the UK and is currently covered by French and Irish national healthcare systems but, currently, not England’s. 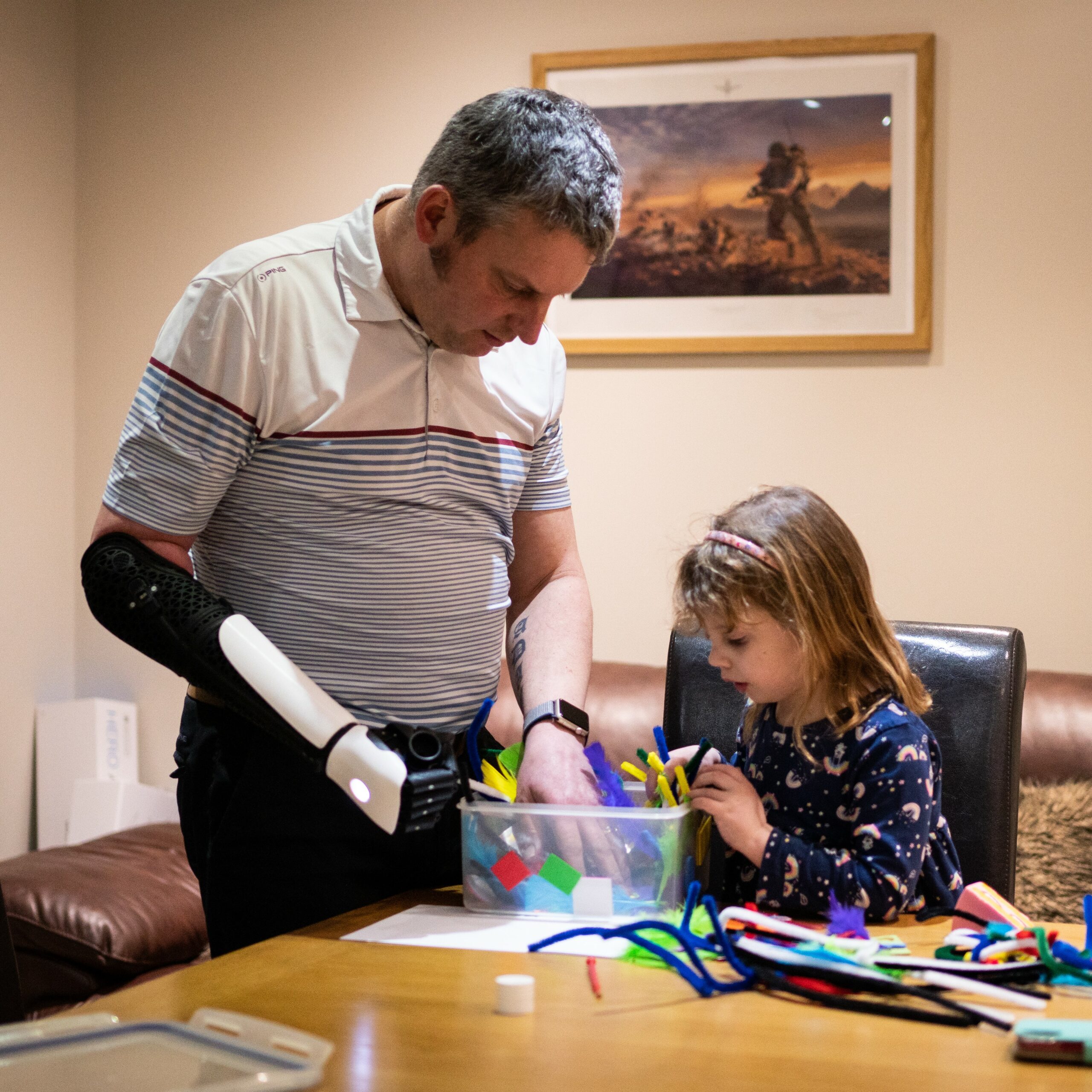 "I really believe it’s going to improve my life massively.”

“After going past the worry of if you’re going to survive, and how the future is going to be, you just immerse yourself into rehabilitation. I think there was an element of hope on the way in, and then the expectations were exactly what I was hoping for It means a great deal to actually have a myoelectric arm. It’s the functionality that I’m hoping to get from it, as the more I can do with my right arm, the more it’s going to save my left. It will give me the confidence to try things with the prosthetic. The functionality is absolutely amazing, I can make the smallest movements with it. I’ve tried all sorts of prosthetics over the years and the Bionic Arm is by far and away the best of the lot – it’s absolutely brilliant. I really believe it’s going to improve my life massively.”