A huge Star Wars fan Cameron is overjoyed at the confidence boost he’s received from his Hero Arm. Read Cameron’s mum share the journey Cameron has been on to become bionic. 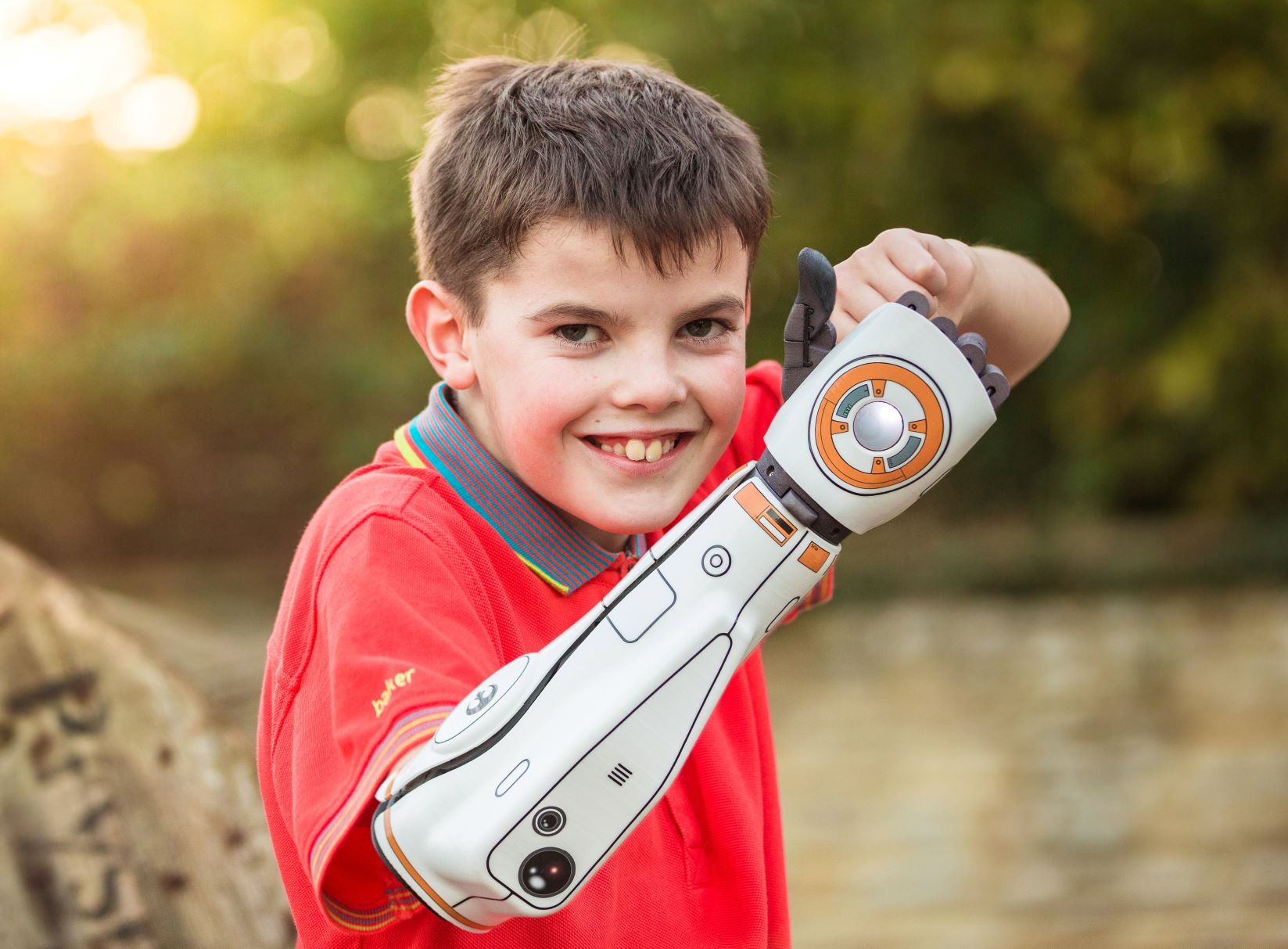 "He was always a very determined little boy"

My name’s Mags, I’m mum to 11-year-old Cameron. Cameron was born missing his right hand. We found out at our 20 week scan he wasn’t going to have a hand and obviously were shocked and had to come to terms with that before he was born. It is difficult to imagine and you always think of the negative things, and constantly think of things he wouldn’t be able to do, but Cameron has smashed every one of them out the park! He was always a very determined little boy and would manage to find a way around every little thing! 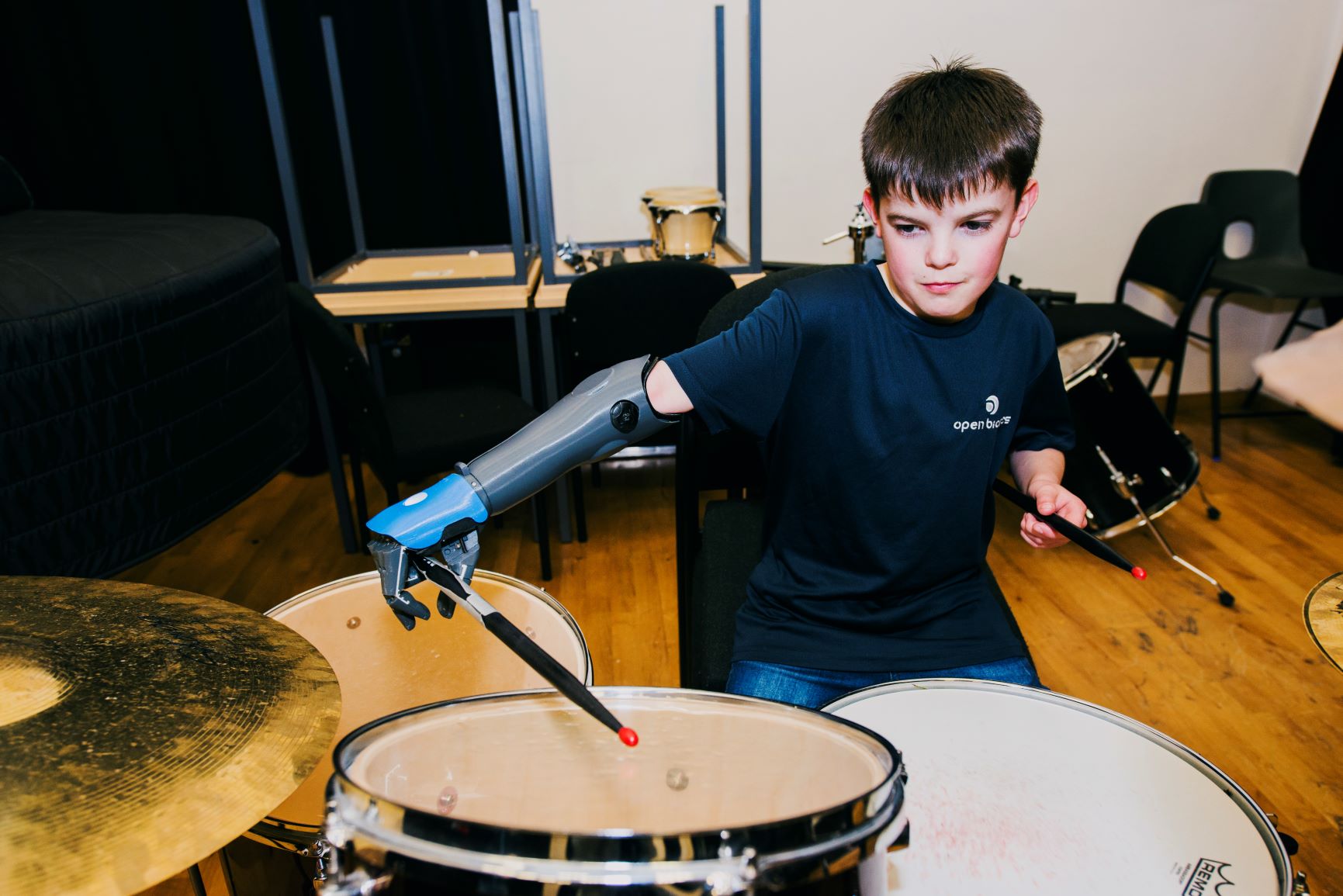 "The Hero Arm is the one thing Cameron has stuck with"

We have had quite a few different prosthetics! We didn’t go anywhere to find out about a prosthetic until Cameron was 4 and wanted a bike. In the clinic he saw hands and decided at 4 he wanted one, but unfortunately he was too young to understand that this hand was cosmetic only and didn’t DO anything so was most disappointed when he got it and didn’t wear it at all! From there he had attachments made for swinging on gymnastic bars and for bikes or scooters, until they said they could train him for a myoelectric hand which he really wanted. He did all the hours of training and had the cast made for the hand and couldn’t wait for it to arrive but again it didn’t do quite what he wanted, was heavy and not really useful. The Hero Arm is the one thing Cameron has stuck with and used more than anything he’s previously had. 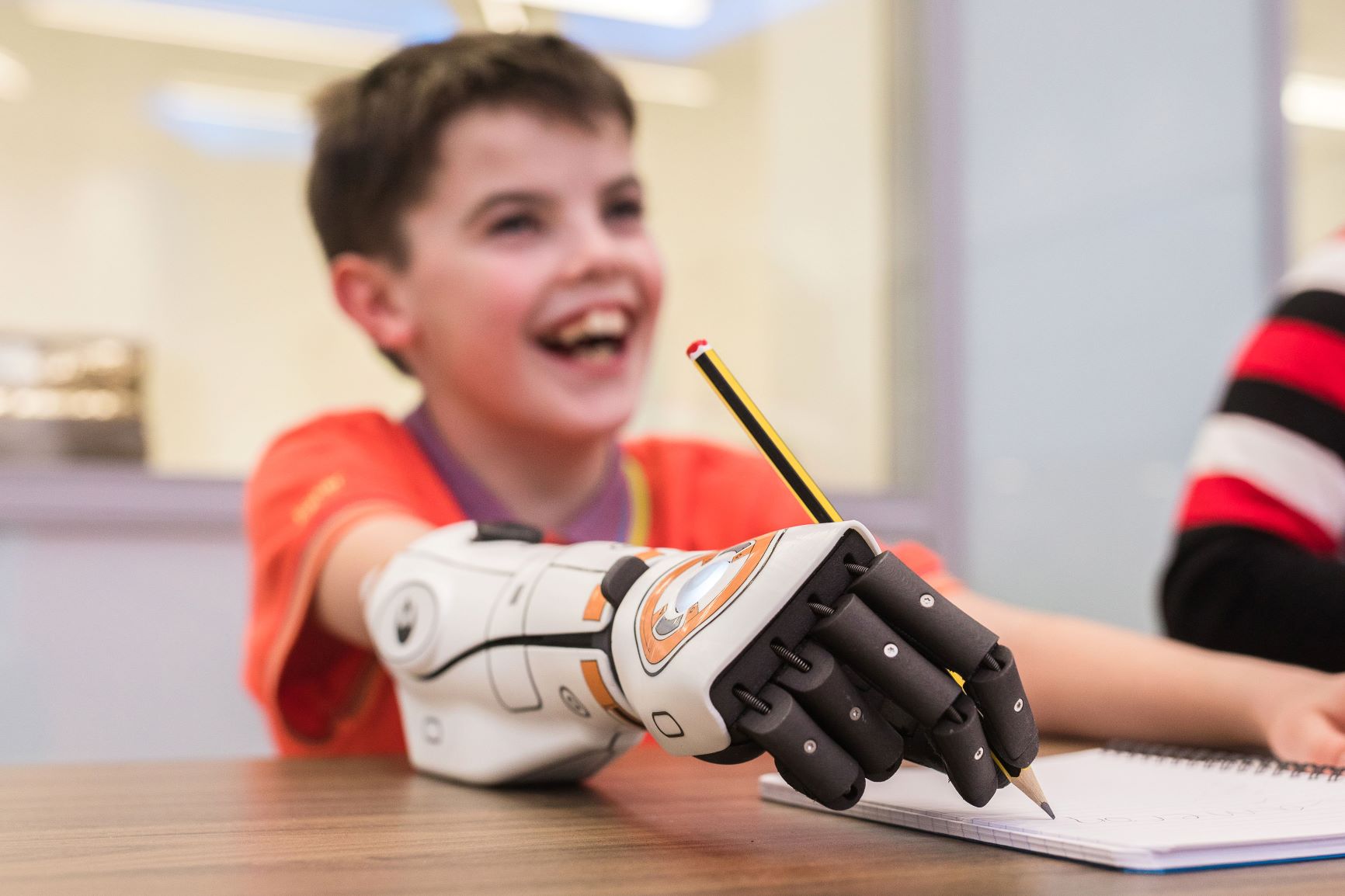 Cameron says: “The Hero Arm means a lot to me because its looks so super cool! I could decide what it looked like and I can change it too. I love Marvel and Star Wars and all things superhero and now I can be a superhero too! People call me Bionic Boy! Its really easy to use and I like trying out new things to see what I can do that I couldn’t before or what I can make the Hero Arm do! I’ve been climbing and doing archery with it and I want to learn to play the drums with it too. I find a big difference using the Hero Arm as it makes a lot of things easier, I think its given me a lot of confidence too because everyone asks me about it and talks to me so I can explain what it is and people don’t say ‘oh what happened to your hand’ they say ‘oh my GOD how cool is your hand!’ When I wear my Star Wars Hero Arm I’m not shy and don’t mind people asking about it.”