Earlier this year, Beverley was fitted with a Hero Arm. We invited her back to share what day-to-day is like using the Hero Arm and what features she would like to see in the future.

Beverley lives in the UK and has a partner and two children. She has a huge passion working for charities and is a Programme Manager for the Heritage Trust Network, where she spends a lot of time working with groups of people, delivering training sessions and webinars.

Bev loves Roller Derby, as well as being a member of the committee for Team GB. Bev’s daughter is a personal trainer and has been whipping her into shape for when COVID-19 restrictions ease so she can get back on the Roller Derby tracks.

It’s been the most positive experience, I just cannot describe it really in adequate words. I don’t think I’ve ever really had any positive experiences at limb difference centres at NHS and I think Open Bionics and the whole team have just completely changed that. It’s fascinating to see the process and to meet some of the people who make the Hero Arm it’s just brilliant.

I don’t think there’s anything I would change about the Hero Arm, it’s perfect for me. I’ve taken to it like a duck to water.

How did you find out about Open Bionics?

I remember it must have been about five years ago, I saw a video clip on facebook when Open Bionics just started, and I remember being completely in awe of what these arms could do and how they looked and the whole ethos of the company. I just remember thinking one day I’m going to have one of those bionic arms! I followed the company for a while until I got to a point of where I was in pain and not happy with my old cosmetic prosthesis and needed a change.

How has the Hero Arm made a difference?

The Hero Arm has had a huge impact on my body confidence. With my cosmetic arm, I would get the look from people when they catch a glimpse, they would usually think ‘Is there something slightly strange about that hand?’ With the Hero Arm, there’s no mistake it’s a prosthetic arm, and one I’m really proud to wear and show off. Also, it has been great for opening conversations, so rather than people saying ‘Oh, I’m so sorry what happened to you?’ Now I get ‘Wow I want one of those!’.

What would you change about the Hero Arm?

I don’t think there’s anything that I would change about the Hero Arm, it’s perfect for me. I’ve taken to it like a duck to water and I know that it’s slightly different for me because I couldn’t get one of the muscles to work (the one that opens the hand) but I really appreciate the little tweak the Open Bionics team have done which is probably so simple but it means the world to me to know that I can do it in that way.

Have you tried doing new things with the Hero Arm?

You mentioned you play Roller Derby? What is that?

Oh, how do you describe it, it’s a bit like rugby. It’s a full-contact sport, it’s played on an oval track and you’ve got two teams and a person is the ball, so there’s no actual ball in roller derby. One person is called the jammer, who you have to help through the pack and round the track while the opposing team is trying to knock them down or knock them off the track. It’s a really empowering sport because you’ve got people of all shapes and sizes, genders and abilities playing together. It’s so full-on, it just makes you feel like you’re a superhero on the track.

Do you have any questions for us?

There’s nothing I wanted to ask, but i just wanted to say a massive thank you to everybody – I mean, I hope that you can see how positively everything that you do has affected me and I’m only one person. I really appreciate it’s such a fantastic experience, thank you for having me!

If you want to find out more about Bionic Bev, listen to her recent interview with Stacey Dooley on BBC Sounds. 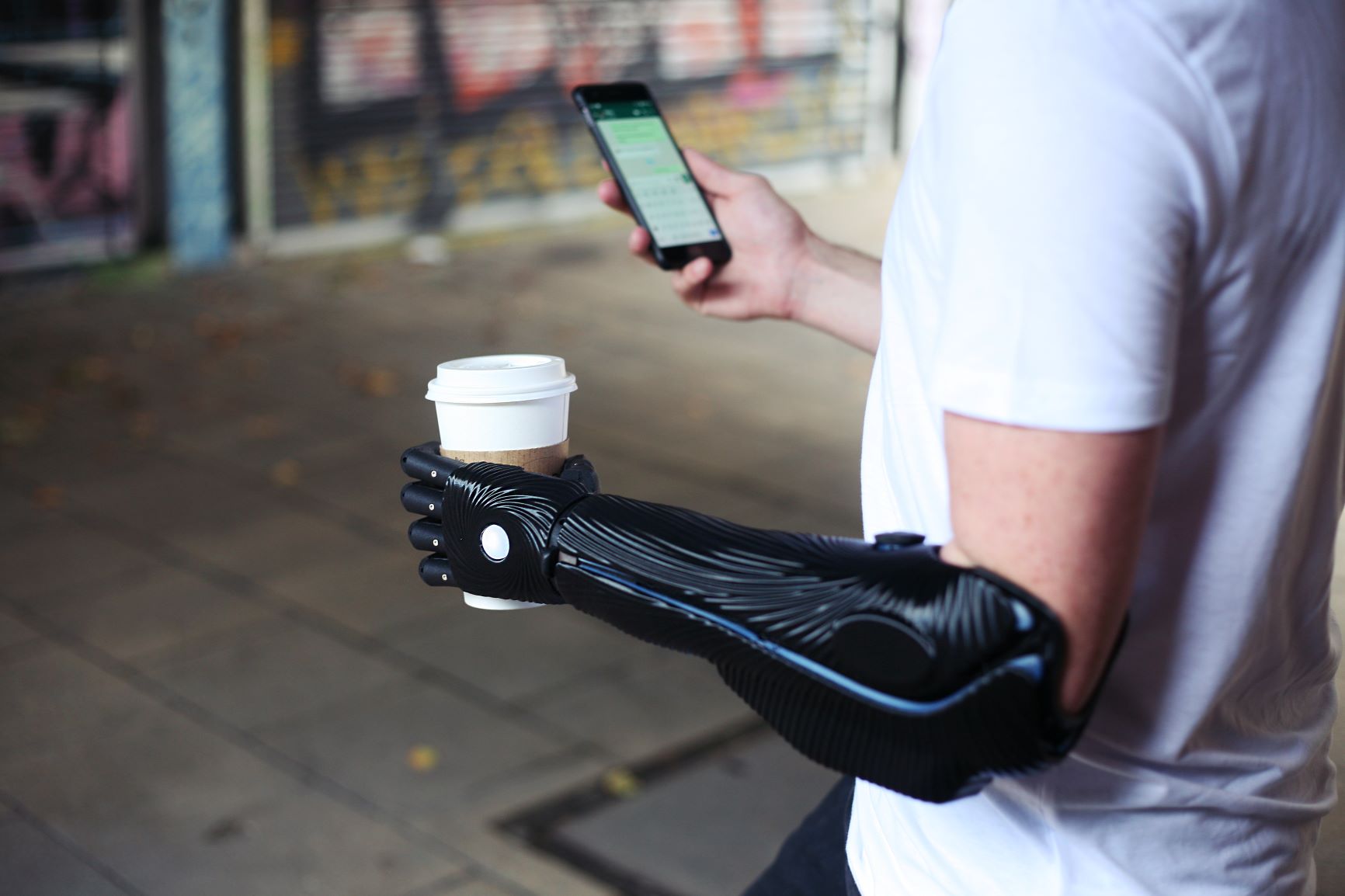